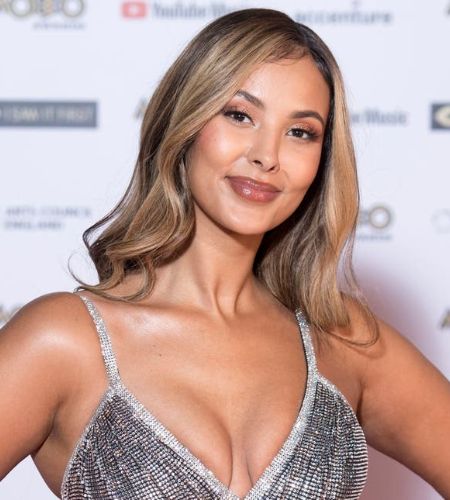 Jama is 26 years old as of now. She was born on August 14, 1994, in Bristol, England, to parents of Somali and Swedish descent.

Talking about her height, she is cited to be 5 ft and 8 in (1.73m) tall. Her mother, Sadie, was only 18 when she gave birth to Maya. Meanwhile, her father was mostly serving time in jail or on the run from the authorities for violent-related crimes for much of her childhood.

The 26-year-old grew up in Bristol with her mother and brother named Omar. Maya attended Cotham School located in the suburb of Bristol. "My dad’s side of my family was super-supportive and they did everything in their power to make me and my brother not feel like we were missing out on anything," she told The Guardian.

Who is Maya Jama's boyfriend?

Jama is reportedly dating Australian basketball player Ben Simmons, who broke up with television personality Kendall Jenner in 2019 following an on-again, off-again relationship for a year. "Things are hotting up for Maya and Ben.

They are really into each other and the fact she flew to Philadelphia to be with him says a lot. They had a fun two weeks together. It's nice to see her so happy," a source told The Mirror.

Maya confirmed her split from rapper Stormzy in 2019 as well. Stormzy and Jama dated for four years but kept their relationship private throughout, rarely discussing it in public.

The former couple officially revealed they were in a relationship in 2016 after keeping it under wraps for some time. They called it quits in 2019 to focus on their careers. The 26-year-old made it clear that she wanted to enjoy the perks of single life following the spit. " I am not on the hunt... not on any apps, basically... I'm just living my life.

Her first boyfriend, Rico Gordon, was shot dead in 2011. Gordon lived in London and was on his way to meet Jama in Bristol when he got caught up in a gunfight between two gangs and was killed in a shooting.

“Losing somebody close to you as a teenager, particularly your first love, rocks your whole world. He was an innocent man who lost his life instantly at 21..,” Jama recalled the horrific incident while speaking with The Guardian.

According to Capital FM, Jama has an estimated net worth of $2 million as of 2022. She moved to London at 16 to pursue a career in media, initially as an actress, but later changed her ambition and became a presenter.

Her first work was presenting the weekly music video countdown on JumpOff.TV. The 26-year-old eventually started working for Sky on TRACE Sports. From 2014 to 2017, Jama hosted #DriveWithMaya on Rinse FM.

Co-Presented In Trending Live! on 4Music

She also co-presented Trending Live! on 4Music from 2015 until 2017. A year later, she presented her eponymous show, Maya Jama, on BBC Radio 1.

The 26-year-old now co-presents BBC One's Peter Crouch: Save Our Summer alongside Peter Crouch and Alex Horne. Her salary has not been revealed yet. Jama launched a successful clothing collection with PrettyLittleThing in June 2018 and her own face and eye mask range, MIJ Masks, in December 2020.