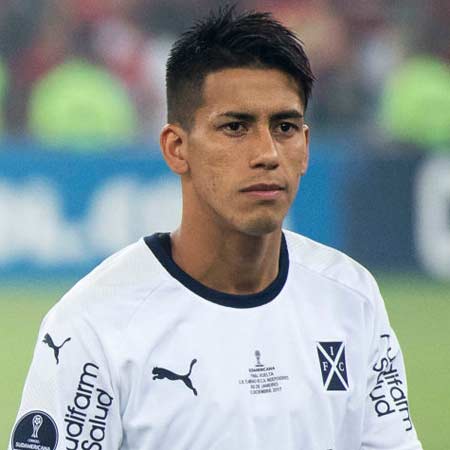 Widely recognized for his explosive playing style and energy on the pitch, Maximiliano Meza is a large, quick, hard-working and physically strong player. He has quickly established himself as one of the young accomplished midfielders. As of 2018, he plays for the club Independiente. The Argentine player made his full international debut on 27 March 2018 playing against Spain.

Maximiliano Meza was born on 15 December 1992, in General, Paz, Argentina. He was interested in football since his childhood and played for several local clubs making his way to the top.

The footballer kick-started his football journey in the youth ranks of Gimnasia y Esgrima and was promoted into the first-team in 2012.

Maximiliano Meza subsequently made his professional debut playing against Deportivo Merlo in the Primera B Nacional on 10 Dec 2012. In a total, he made fourteen league appearances with the club winning the season of 2012-13. In the following season, the footballer played thirty-six matches scoring five goals.

Meza also played next three seasons for the club netting seven goals in all competitions. He left the club after making his 100 league appearance and made his way to the fellow Primera Division club Independiente. His first match with the club came in a 2016 Copa Sudamericana against Brazilian side Chapecoense on 22 September. 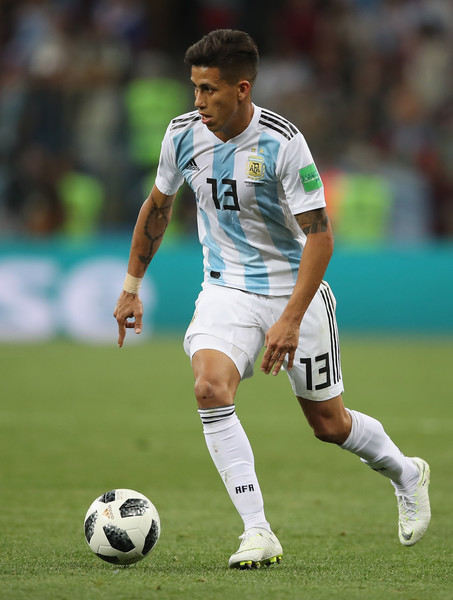 Meza appeared in nine campaigns and scored three goals for the club in Independiente's 2017 Copa Sudamericana which they also won.

In March 2018, Maximiliano Meza received his first call-up from his national team for playing friendly matches with Italy and Spain. And he made his full international debut for Argentian national team against Spain on 27 March. He was also selected for the 2018 FIFA World Cup on 21 May and played his first world cup game on 16 June versus Iceland.

Maximiliano Mezas' Net Worth And Salary

The accomplished midfielder Maximiliano Meza has collected a large amount of fortune through his club salary, contract, as well as an endorsement deal with several well-known companies. As per some online sources his net worth can be assumed to be around $3 million. It has also been reported that his weekly wage is £24k ($30,815.86).

Maximiliano Meza is yet to be married but as per his social media, the footballer is in a serious relationship with his girlfriend Mel Laspina. The couple started dating in late 2015 and the two have also a son, was born in October 2016.