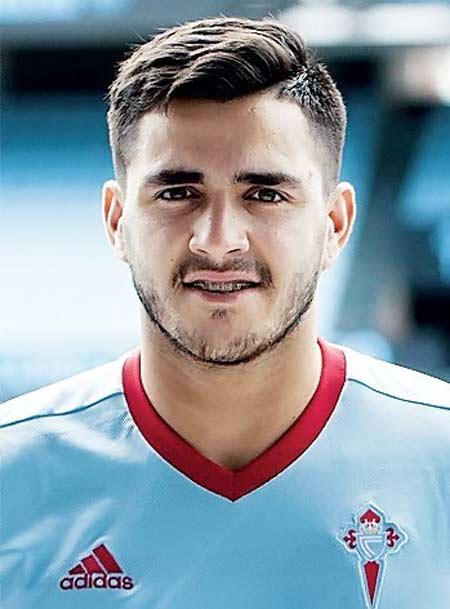 21-year-old starlet Maxi Gomez is already head to head with his idol, Luis Suarez. Gomez gave us a glance of a promising footballing career with a brace in his very first game with Celta Vigo. Not to mention, the dramatic equalizer against mighty Barcelona which ruined their perfect home record. Luck? Well, decide it for yourself with this fact: he did the exact same thing against Real Madrid.

As a boy, Maxi Gomez used to play at a local youth side CA Litoral. In 2013, he joined the youth ranks of Defensor Sporting, where he won the national U17 league in the same year. The following year, he won Apertura and Clausura titles with his U19 team.

He debuted for the senior team of Defensor in 2015 and instantly impressed, scoring 14 goals in 25 appearances. In the second half of 2016, a drop in his form brought about a goal-drought but he eventually rediscovered his form for the 2017 Apertura, taking the club to an unexpected victory with his 11 goals and 3 a s sists.

Maxi Gomez signed with Spanish Football Club Celta Vigo on 1st June 2017, on a five-year contract keeping him at the club until 2022. The deal is worth £3.60 million. His debut goal for the La Liga club came in a 2-3 loss against Real Sociedad, where both the goals were from his boots. Since his debut, he has netted 17 goals and a s sisted in 4 for his teammates.

ICYMI: Luis Suárez and Maxi Gómez were both on the scoresheet as Barcelona and Celta Vigo drew 2-2 in La Liga. pic.twitter.com/esd6uxmU3s

Maxi Gomez also plays for the Uruguayan National Football Team. He made his international debut coming on as a substitute in a goalless draw against Poland in an international friendly.

The starlet also stands in the Uruguayan lineup for the FIFA World Cup 2018 alongside big names like Luis Suarez and Edison Cavani.

"My mirror has always been Luis Suárez, it would be a dream to play with him". pic.twitter.com/Hbspwc9XOY

21 years old Gomez is not yet publically seen with any prospective partner, nor has he been linked with any rumors regarding his relationships.

Gomez earns €4 million a year from his current club Celta Vigo and his market value is estimated to be £22.50 million as of 30th May 2018. His club has set his release clause at €33.4 million.

It is hard to tell but the net worth of Gomez is believed to be about $1 million.