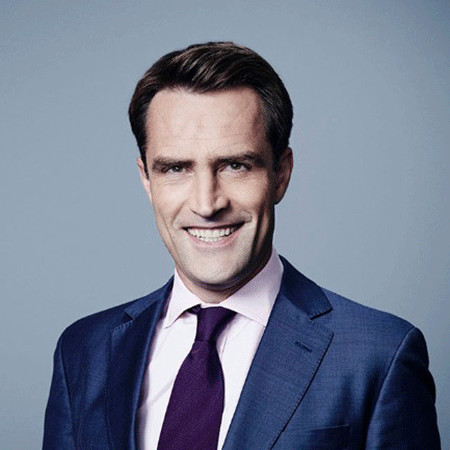 Max Foster is an anchor and London correspondent for CNN international, based in London. Max Foster was born on October 30, 1972, in United Kingdom, England. He spent most of his wonderful childhood in Wiltshire, England, with his graceful family.

Max Foster attended Ridgeway School, Swindon and Dauntsey’s School, in Wiltshire. After he completed his school life, he graduated from the Cardiff University, where he studied Business Administration. Again, he completed a Postgraduate Diploma in Broadcast Journalism at High bury College, Portsmouth.

Max Foster began his career at the age of sixteen on Hospital Radio Swindon, where he worked with his own weekly entertainment program. He freelanced as a reporter for ‘Rave’ on BBC Radio Wales and BBC Radio Five hosted by Rob Brydon, at the Cardiff University. Foster was transferred to the BBC World service as a business presenter-reporter and he also worked on its flagship News-hour program. Before taking on a full-time position on BBC Breakfast, he reported for Business Breakfast, BBC World, and Working Lunch.

In 2005, Max Foster was approached by CNN International for a London-based Business anchoring.He was later appointed as a co-anchor of CNN Today with Monita Rajpal. There, he led special coverage of major events including the outbreak of 2006, Lebanon War and 2007, London car bombs. In mid of 2009, he moved to European primetime where he interviewed all living Prime Ministers of the Britain, and other Prime Ministers such as Iraq, Sweden, and Haiti.

In 2013, Max Foster replaced Richard Quest and became the anchor of the show ‘Marketplace Europe’, a weekly show on CNN. He also hosts forums such as the Astana Economic Forum, the Global Tourism Forum of UNWTO, and the ATAG Aviation and Environment Summit. In May 2014, Foster promoted to anchor/London Correspondent, retaining the royal brief, however, also heading up all UK affairs.?