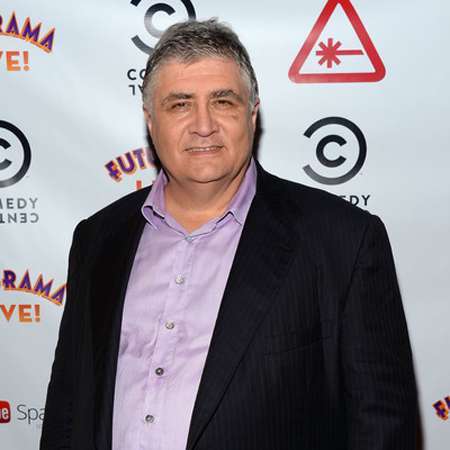 Maurice LaMarche was born on March 30, 1958 in Toronto, Ontario, Canada to parent Guy LaMarche. He moved to Timmins, Ontario, with his family at an early age. LaMarche was very interested in comic books and cartoons and his father gave him what he liked thus making his childhood filled with cartoons imagined of his own. He loved watching the old cartoons so he indulged himself into it and decided to make a career out of it.

Maurice began mimicking while in high school and was admired a lot by his friends. He went on to perform in his school act at the age of 19. To make a career as a comedian, Maurice moved to Los Angeles at the age of 22. He gradually progressed for the next five years. He made his debut in Rock & Rule in 1983 and then went on to perform in many other movies like Felix the Cat, Cool World, Napoleon, Who Framed Roger Rabbit, The Chimp Channel, Alvin and the Chipmunks, Tom and Jerry The Magic Ring, 101 Dalmatians II, Balto III, Mickey, Donald, Goofy: The Three Musketeers, Casper’s Scare School, Futurama, Wreck-It-Ralph, Frozen, Zootopia and many more. He has also voiced in many TV series including Popeye and Son, G.I, Joe, Tiny Toon Adventures, TaleSpin, The Critic, Pinky and the Brain and many more.

For his exceptional voicing, Maurice has won the Primetime Emmy Award for Outstanding Voice-Over Performance in 2011 and in 2012 both for Futurama. He has also been awarded the Annie Award in 1998 for Pinky and the Brain.

Maurice is shy at relationships. He is very much focused o his work and speaks little about his personal life. He is reluctant on speaking about his personal life in front of the media. He keeps his family away from the limelight of Hollywood. Maurice is currently married to spouse Robin Eisenman. He married her in 1991 and the couple has been together since. He does not speak much about his children in front of the media so not much is known about them. There seems to have been no dispute, divorce, extra marital affair in the couple’s marriage. Things seem to be going well for this couple till date and Maurice’s nice behavior must be one of the reasons. Maurice is known in the public as one of the nicest and the bubbliest guy.

Maurice is currently 57 years old and stands tall at the height of 6 feet. Many of the people don’t know him as much as they know his voice. His voicing is admired by many people. His net worth is estimated to be a total of $6 million which shows his huge salary. Maurice is a skilled comedian and voice actor who has a huge fan following. His bio can be found on various social media sites like Twitter, Wikipedia and IMDb.