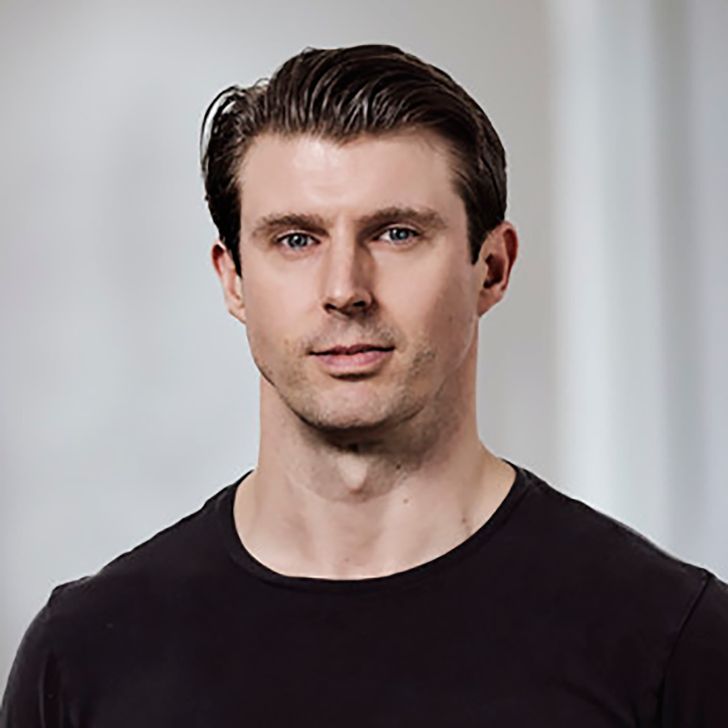 Matthew Reeve, a British-American TV producer, director, and screenwriter, is famous as the son of the late Superman star Christopher Reeve. Aside from his father's limelight, Reeve got notable attention after directing & producing the doc u mentary Christopher Reeve: Hope in Motion. That won him Communicator Award for Excellence in doc u mentary filmmaking and a nomination for Emmy.

The Brown University graduate landed in the entertainment industry in 2002 as a director & has stretched his prominence in writing & producing; his doc u mentary project Over the Water received critical acclaim. Moreover, Matthew wrote the storyline of the TV series Agent Hamilton (2020, 9 episodes).

Matthew Reeve Family Members- Who Are His Parents?

Matthew E. Reeve was born on December 20, 1979, in London, England, the UK to Gae Exton and late actor Christopher Reeve. His late father Christopher was an American actor best known for playing Superman / Clark Kent in the film Superman (1978); he died of heart failure on October 10, 2004, at the age of 52. As for a fact, his parents never married but were in a longtime relationship. 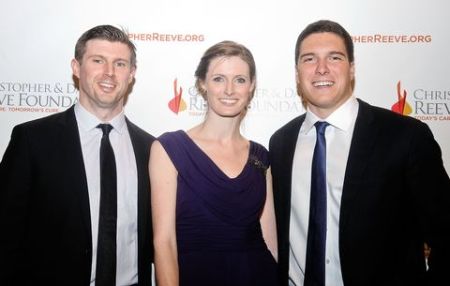 CAPTION: Matthew Reeve with his brother Will and sister Alexandra SOURCE: Yahoo

Matthew has a sister named Alexandra Reeve Givens and a younger half-brother Will Reeve from his father's marriage to Dana Reeve (step-mother).

In 2013, he wrote and directed short-film Better Days Ahead and, most recently, served as the screenwriter of the thriller TV series Agent Hamilton (2020, 9 episodes) starring Jakob Oftebro, Krister Henriksson, and Peter Andersson.

Did you know? Matthew Reeve joined the MBA/MFA dual degree program at  NYU Stern School of Business and NYU Tisch School of the Arts in 2009 and graduated in 2012.

The 40 years old TV producer & director came is barely open about his relationship details. Matthew is not active on Twitter & does not have an official Instagram account. So far, no report of Reeve's wife or married life ever came up. Moreover, the British-American director never talked publicly about his dating life or girlfriend.

On the other hand, his half-brother Will Reeve, a correspondent at ABC, is openly in a relationship with a girlfriend named Lexi Henkel.

According to online sources, Matthew Reeve has a net worth of $1.7 million in October 2020. His late father, Christopher Reeve, at the time of death in 2004, had a $3 million fortune as per Celebrity Net Worth. Without a doubt, Matt earns a considerable sum of money through his career as director & producer, while the inheritance of father's net worth did aid in his a s set portfolio growth.

The Things reports that Reeve's brother Will Reeve is worth $13 million while his sister Alexandra owns $700,000.

Is Board of Directors of 'Christopher & Dana Reeve Foundation'

Along with his siblings, Matthew serves on the board of directors of Christopher & Dana Reeve Foundation ever since joining in June 2006. The charitable organization aims to find treatments and cures for paralysis caused by spinal injuries & other neurological disorders. Reeve is on the foundation's Quality of Life Committee and Executive Committee.

Moreover, in 2009, to raise funds for spinal cord injury research, he even ran at the New York City Marathon and ran the annual City2Surf in 2012.  At the Spinal Cord Injury Network’s Connections, 2012 convention in Sydney, Australia, Reeve was a keynote speaker. For his dedication as an activist, Matthew, along with his sister Alexandra received the National Leadership Award.