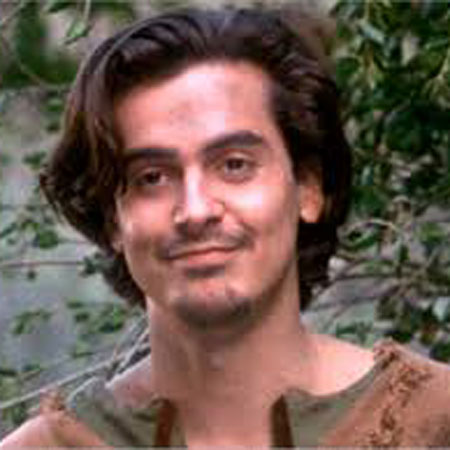 Born and raised in Darien, U.S., Matthew Porretta is an American actor, best known for his appearance in Mel Brooks' spoof Robin Hood: Men in Tights. Porretta is active in the film industry since 1993. Porretta has always maintained a low-key personal life. He lives in Darien and he is quite ambitious and hardworking.

Matthew Porretta was born Matthew Charles Porretta on May 29, 1965, in Darien, Connecticut, into a show-biz family. He is an American who belongs to the White ethnicity.

Porretta born to father, Frank Porretta, and mother, Roberta. His father was a musical theater actor and opera singer while his mother was Miss Ohio 1956 and trained singer.

Porretta has four siblings, two brothers, Frank III Porretta and Greg Porretta, and two sisters, Anna Porretta and Roberta Porretta. All of them were in show business in some form or another.

Matthew Porretta has worked as a veteran of Broadway by the age of 25. He was a student at the Manhattan School of Music at the time.

In the 1990s, Porretta made his TV debut with some recurring roles in series like Wings and Beverly Hills, 90210.

Porretta received his first major role in the Mel Brooks directorial movie, Robin Hood: Men in Tights. He portrayed the character of Will Scarlet O'Hara. After four years later, he starred as  Robin Hood in his own TV series.

In 1994, Porretta was cast in the original Broadway, Passion. Since 1997, Matthew Porretta has appeared in many independent movies as well as featured in  "McDonald's" and "Arrowhead Water" commercials.

In August 2009, Porretta was chosen as a voice actor in the video game, Alan Wake, a psychological action thriller developed by Remedy Entertainment. Later, he lent his voice for the same character in Quantum Break-in 2016.

Some of his other screen credit includes Bright Falls, CSI: NY, Without a Trace, Dream Warrior, Desperate But Not Serious, Class of '96, and South Beach.

Matthew Porretta is one of the versatile actors. He has worked on numerous movies and TV series. There is no official figure of his net worth but some online sources claimed his net worth is in millions.

What Is Porretta Relationship Status After Divorce With Gleice Porretta?

Matthew Porretta is possibly single at the present but previously he was married to Gleice Porretta. The duo tied the knot in 2012 at a private family affair. Together the pair welcomed two sons named Luigi Porretta(born on May 22, 2001) and Enzo Porretta (born on April 13, 2008).

However, the couple couldn't handle their relationship and divorced in 2014. After divorce, Porretta was rumored to be involved in a romantic relationship with Jewel Owen, however, they never officiated.

In December 2016, Porretta filed a case against a Darien town restaurant owner and Christopher Aikle, a customer. He claimed that Aikle hit him with a beer mug in his head that caused severe injuries, including lacerations to his left eye and cheek, a facial fracture and injuries to his spine and nasal septum.

Police found Christopher Aikle guilty after watching the CCTV footage and took legal action against him. However, Porretta left with permanent and disfiguring scarring. Matthew Porretta is the brother-in-law of Jennifer Sisco-Moore (Miss Oregon, 1998).