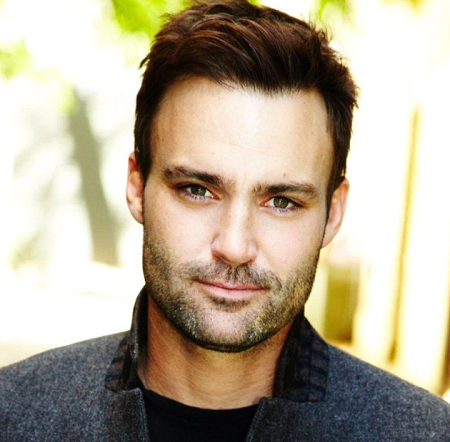 Matthew Le Nevez is an Australian actor best known for playing the role of Doctor Patrick Reid in the Network Ten series, Offspring, and Detective Brian Dutch in the Showcase sci-fi television show, The Kettering Incident. He is dating Michelle Smith with who he shares an adorable son.

He was raised along with his younger brother Tim Le Nevez in Kambah. He is of Australian nationality and belongs to white ethnicity.

He has studied at The French-Australian Preschool, Telopea Park School and St Edmund's College. He was then enrolled in The National Institute of Dramatic Art (NIDA) from where he completed his graduation in 1999.

Matthew Le Nevez made his acting and television debut with a small role in a sci-fi series, Farscape. He then had another minor role in teen drama Head Start.

In 2002, he played the role of a drug-fuelled rock star in the feature film Garage Days. He then portrayed Aaron Reynolds in the television miniseries with the same name.

In 2003, Matthew portrayed rough and ready Bullet Sheather in the ABC hit TV miniseries, Marking Time, for which he received an "AFI Television Award for Best Actor in a Supporting or Guest Role in a Television Drama or Comedy."

He has since appeared in many popular television shows such as Absentia, The Widow, The Kettering Incident, Love Child, Parer's War, The Lizzie Borden Chronicles, Howzat! Kerry Packer's War, Marking Time and Brock.

He appeared in his first American film, Man-Thing, in 2005. He played the role of Sheriff Kyle Williams in the film alongside Rachael Taylor and Alex O'Loughlin.

In 2010, Matthew played the role of Doctor Patrick Reid in the Network Ten series, Offspring, alongside Asher Keddie, Kat Stewart and Richard Davies.

His other film credits include Australia Day, Parer's War, The Tender Hook, The Society Murders, Feed, Peaches, The Postcard Bandit and Garage Days.

Being a successful television and film actor, Matthew Le Nevez has earned a substantial amount of money throughout his acting career.

According to the Net Worth Room website, Le Nevez has an estimated net worth of $5 million. His exact salary is unavailable but as per the report, in Australia, an actor earns $51 per hour.

As we mentioned earlier, Matthew Le Nevez is not single but in a romantic relationship. The Offspring star is dating his loving girlfriend  Michelle Smith. 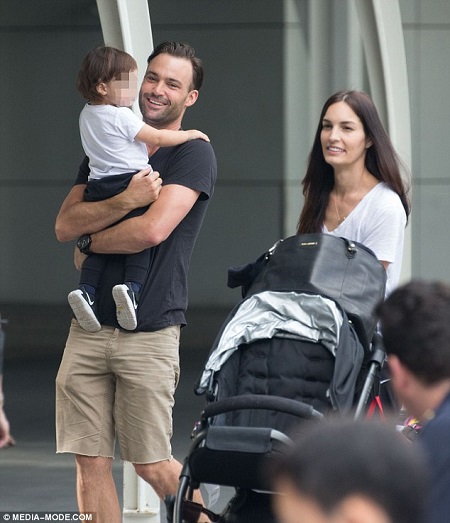 The boyfriend-girlfriend duo first met in 2014 and eventually fell in love. In the same year, the pair welcomed an adorable baby boy. Name of their son is not available because the proud parents want to keep him away from the public eye.