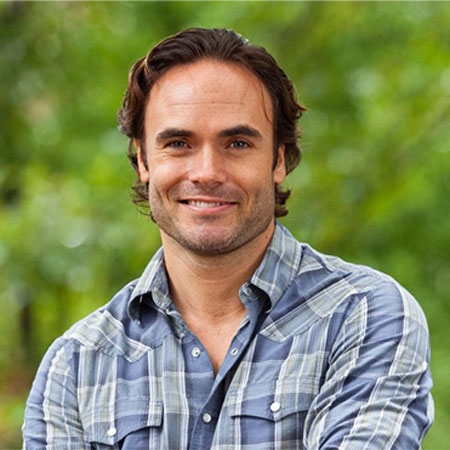 Matt Blashaw was born on November 6, 1975, in Orange Country, California, United States of America. Matt belongs to American nationality and his ethnicity is white.

Blashaw spent his wonderful childhood in California with his graceful family. He is the son of an engineer and homebuilder. Matt took his skills to the stage and built sets for the musical theater production in high school. His love for construction and arts led him to pursue his B.F.A. degree in film and television production from Chapman University.

Matt Blashaw began his building career at a very young age in his dad Lumberyard. Matt drove into a fix-it project near his family home. There, he worked on everything from plumbing and electrical stuff and even constructed giant skateboard ramps in his backyard. After graduation, he worked in many different sectors of the construction and entertainment industries.

Matt Blashaw spent five years in the technical services department at Disney. There, he got expertise in show effects electrical installation. After that, he got his contractor license. He started working as a self-employed general contractor, specializing in remodeling homes that led to a deep understanding of real estate.

Matt Blashaw was inspired to sell homes and became a licensed Realtor for Century 21. Balshaw entered a television contest for DIY Network Stud Finder in 2006, a search for American next top repairperson. Matt landed the spot on what would become a very successful show. He has been a contracted host for the DIY Networks ever since.

Matt Blashaw has hosted many series for DIY Network and HGTV such as Project Xtreme, Money Hunters, Blog Cabin, and Professional Grade. He hosts other shows such as Cool Builders Show, Stud Finder 2009, HGTVRose Parade coverage, and Worst Kitchen in America.

Matt Blashaw has appeared as an expert guest on The Today Show on NBC, CNN Newsroom, CNBC Squawk Box. He is also a recurring personality on CBS The Early Show. He currently hosts the hit series Yard Crashers airing on both DIY Network and HGTV Early Show.

Matt is a licensed Realtor and contractor in California.

Matt Blashaw's Net Worth And Earnings

Matt Blashaw has collected a large amount of money from his career. The actor has worked in many movies and TV series. His net worth as per estimation made by various online sources is estimated to be around $1.5 million, as of 2019.

Moving to his personal life, he is a married person. Matt has been married to Teresa Bradshaw. Matt is looking very handsome with his dark brown hair and body measurement.