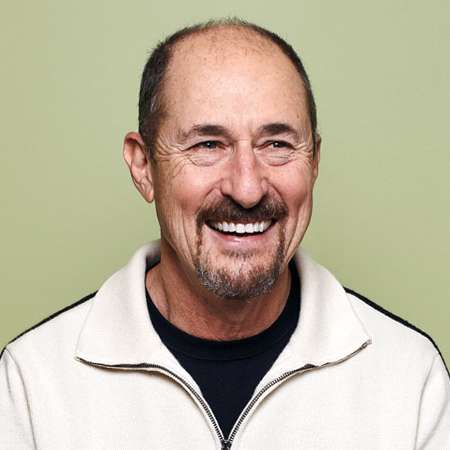 Matt Siegel is an American host, well known for his work at the Matty in the Morning Show in Ma s sachusetts on Kiss 108. Matt Siegel was awarded by the NAB (National Association of Broadcasters) the 2009 Marconi Award for Major Market Personality for the second time. He also won his first Marconi in 2001.

Early Life And Education Of

Matt Siegel was born on March 27, 1950, in Spring Valley, New York, United States of America. He belongs to white ethnicity and holds an American nationality.

Matt Siegel began his career, in radio daytime shift in Oneonta, New York. Later, in 1972 he worked with KWFM-FM, Tucson, AZ - a radical underground progressive rock station in Tucson where he served as a freelance producer and commercial voice-over announcer at Warner Bros. Records.

While vacationing in Boston in 1977, Siegel started working with WBCN-FM. He filled in for Charles Laquidara, who had taken a leave of absence.

After working for two months on the morning show, he was selected as the midday host permanently. There he a s sisted for 2 and half years and created a spoof call-in show called "Dr. Matt Advice to the Love Lorn", which in turn led to a job at WCVB-TV(Channel 5) presenting a show called "Five All Night Live." Apart from these, he also made a national appearance on "Life Most Embarra s sing Moments" with host Steve Allen.

In the year, 1981, Seigel started working as a host of KISS 108 FM's morning show Matty in the Morning where he achieved radio highest honor in 2001 winning the coveted National Association of Broadcasters' Marconi Award for Personality of the Year. A number of popular celebs appeared as a guest on the shows like Ben Affleck, Dustin Hoffman, Celine Dion, Christopher Reeve, and more.

Matt Siegal is a married man. Matt Siegel is married to Maryann with whom he has four children, Lilly, and Chloe (who are twins), Alexandra and Olivia.

His daughter Alexandra Siegel appeared on a Video Funny or Die, and also appeared on the ABC Family, American teen/family drama television series, Switched at Birth.

She as well appeared on the HBO American sports comedy television series, Eastbound & Down and was featured in Taco Bell's 2014 commercial, "Hello Father," for their rolled chicken tacos. Matt currently lives in Newton, Ma s sachusetts with his family.

Matt's favorite vacation spot is Villa Este which is a very grand hotel in Lake Como, Italy. He loves to have The Rum Swizzle (a mix of Goslings Black Seal Rum, Gold Rum, orange and pineapple juices, and bitters) during his vacation.

Matt Siegel's Net worth And Salary

Matt Siegel has been earning an average income from his hosting career. His current net worth is around $4 million and his annual salary is around $800 K.  According to a source, Kiss 108 Fm pays an annual average salary of $158K to its employees. But, Siegel's current salary is not revealed right now. He has also bought a house on the beach in Scituate in 2013.