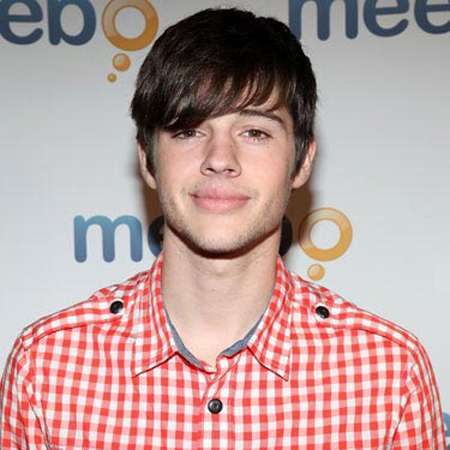 Matt Prokop was born on 29th of July in Victoria, Texas in the United States in 1990. His full name is Matthew Ray Prokop. He was born to Anthony Prokop and Deborah Terry. He has an older sister, Stephanie. His ethnicity is of the Caucasian race.

The actor moved to Los Angeles to pursue his acting career at the age of 16. He started playing football at the age of 3 and half years old. He was Little Mr. Cowboy at the age of 4. He is always supported by his family. He has German, English and Bohemian Ancestry. His surname is Bohemian. His descendants are Slavs, Celts, and Germanic people. His favorite actors are Mark Wahlberg and Leonardo DiCaprio. He is represented by APA and Management 360.

Matt first acted in Hannah Montana in 2007 as Troy McCann and followed by a small role on The Office as an under-aged Kid. In the same year, he also appeared in films like Marked as Zack and An Angel Named Billy as Zack.

In 2008, he was in Green Flash and High School Musical 3: Senior Year. A year later, he appeared in In The Motherhood (a TV sitcom) as Luke and a guest starred in Medium as Kyle “K.C.” Covington. In 2010, he featured in Furry Vengeance as Tyler Sanders, Monster Heroes as Pretty Jonas Stein, I Owe My Life to Corbin Bleu (a short film) as a cool guy. In 2011, he was in movies like Conception as J.T., Cougar Hunting as Tyler Sanders, B-Sides and Geek Charming (a television film) as Josh Rosen. In the same year, he also appeared in Good Luck Charlie as Evan.

In 2012, he was in a comedy-drama film called Struck By Lightening as Dwayne Michaels and a Television series, Modern Family as Ethan. In 2013, he was in a film called April Apocalypse as Tommy and in a Television Series called Perception as Ian Vetter. He has also worked as a producer in See You in Valhalla, a comedy drama which was released on 24 April in 2015.

The actor has also appeared with Ashley Tisdale in 3 videos; Senior Year Spring Musical, High School Musical and We’re All in this Together. As speaking about his body, he has quite a good figure. He has a height of 5 Feet 11 Inch (180 cm) but his exact weight is not available right now. His birth sign is Leo. His net worth is estimated to be around $500 Thousand which means he earns a good amount of salary. His bio is on many sites including the wiki.

Talking about his personal life, Matt Prokop dated an actress, Jemma McKenzie-Brown from June to August 2008. Again, Matt Prokop started dating an actress, Sarah Hyland from February 2009. She is known for her role in the TV series, Modern Family as Haley Dunphy. They first met at the Audition for High School Musical 3 back in 2008. They had played together in the movie, Geek Charming.

The two dated for several years but on August 2014, his longtime girlfriend, Hyland filed a restraining order against Matt and separated. She claimed that he used to physically and verbally abuse her. She said that he has choked her really hard once that she could not breathe and threatened her to burn down for a house and kill her pet dog. Now that they are separated, Sarah is dating Dominic Sherwood and Matt is currently single.