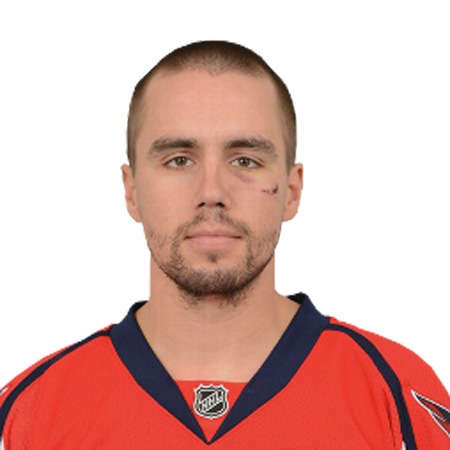 American player, Matt Niskanen is a professional ice hockey defenseman. He currently plays for the Washington Capitals in the National Hockey League. He was honored with All-WCHA First Team Award in 2006.

Niskanen was born as Matt Norman Niskanen on December 6, 1986, in Virginia, Minnesota, U.S. He belongs to the White-American ethnicity/race and holds an American nationality.

Niskanen is born to Linda Niskanen & Chuck Niskanen. During his high school, he helped Blue Devils bringing to their first state high school tournament appearance. He started playing hockey since his childhood & also a member of the school team.

Niskanen attended the University of Minnesota Duluth for his higher education in 2005. He scored 14 points in 38 games during his freshman season. However, he left the college to focus on his hockey career.

After his UMD seasons, Niskanen left his college to focus on his career. However, he signed a three-year NHL deal with Dallas Stars for the 2007 to 2008 season and made his debut for the club on 3rd October 2007, against Colorado Avalanche.

Within a short period, Niskanen was able to be the favorite & valuable player of his team. Later on 21st February 2011, he moved to Pittsburgh Penguins with James Neal in the exchange of Alex Goligoski.  He made his first various goals during the 2013/ 2014 season against Nashville Predators.

Matt Niskanen married Katie Niskanen in 2014. This couple is blessed with two kids but kept the details of his children away from media. He is a caring husband as well as a good father.

This pair is happily enjoying & maintaining their family life. There is no any rumor about their extra-marital affair as well as divorced.

Niskanen has earned a good amount of salary. His current estimated salary $5.7 million. His net worth is $18 million. On 1st July 2014, he signed a seven-year deal with Washington Capitals worth $40.25 million.