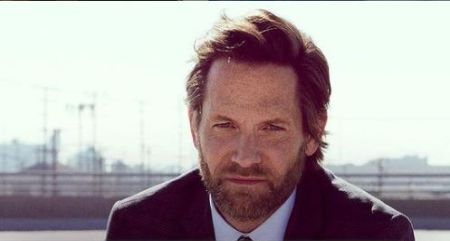 Matthew Letscher, who is very famous as Matt Letscher, is an American actor who has been working in the industry since 1993. The actor with more than 85 acting credits in his name and still adding on it is known for his appearance in The Mask of Zorro as Captain Harrison Love, Gods, and in Generals as Colonel Adelbert Ames.

Graduate Of University of Michigan

He is of American nationality and white ethnicity. He spent his childhood alongside his elder brother named Brian Letscher, who is also an actor.

Talking about his academics, Letscher completed his education at the University of Michigan in Ann Arbor, Michigan. While he was at the university, he was a member of the Sigma Nu fraternity and a drama major.

The 51 years old Matt Letscher has been married for over 2 decades. Back on September 5, he exchanged wedding vows with Jennifer Kathleen Price.

As per reports, the relationship the couple tied a knot with each other after dating for some years. Together the pair has shared two kids.

However, the information regarding their love life and kids is missing at the moment.

Career Details: What Is Matt Letscher Net Worth?

Matt Letscher has a net worth of $2 million which he has accumulated from his career as an actor since 1993. In around three-decade of his career, he has 85 acting credits as of late 2020 and is still adding on it.

While talking about his career in detail, he made his acting debut in the TV series, Saved by the Bell: The College Years as Rick. In the same years, he was seen in Gettysburg. He is famous as Eobard Thawne / Reverse-Flash on the series The Flash (2015-2021) along with Grant Gustin, Candice Patton, and Danielle Panabaker.

After this, he has worked in several movies, series and some of his notable work includes The Larry Sanders Show, Vanishing Son, Silk Stalkings, Stolen Innocence, Almost Perfect, NYPD Blue, The Beach Boys: An American Family, Count Me In, Heart of the Beholder, CSI: Crime Scene Investigation, Will & Grace.

Some of Letscher's notable films and their earnings are listed below:

His recent appearance is in the series named The Angel of Darkness as William Randolph Hearst. Apart from acting, he has also made his hand on writing TV series named Dads in Parks and One & Done and produced One & Done.