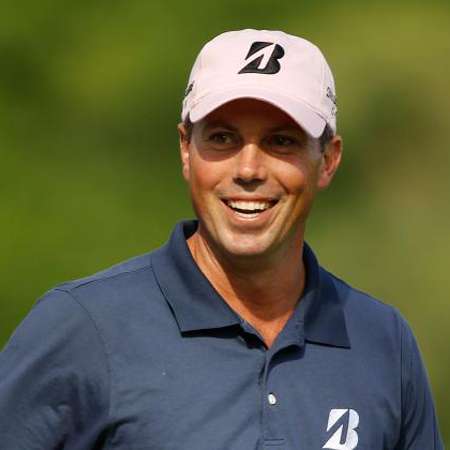 Matthew Gregory Kuchar is an American professional golfer who had a big time career as a player on the Nationwide Tour. He was once known as "nation's top collegiate golfer" and is currently playing on the PGA Tour. Born in Winter Park, Florida on the 21st of June, 1978; he is an American by nationality. His parents, however, were Ukrainian citizens who moved to the USA before his birth. There is not a great deal of information regarding his childhood or about his parents.

Matt Kuchar as a child was enrolled at the local Seminole High School and he graduated in 1996. It was in his early years that he practiced golf with his friends  and also with his father; and started to get better. In a hope of getting more out of the game, he went to Atlanta and got enrolled at Georgia Tech where he made his mark as a freshman.

Matt Kuchar, in the U.S. Amateur Championship of 1996,  made his way to the semi-finals where he met and lost to Tiger Woods; another brilliant young man. However,  the awards were to follow pretty soon as he won the 1998 "Haskins Award" both at U.S Open and The Masters as well. He took his studies along with his sport and in 2000; graduated with a Bachelor's degree in management.

Matt Kuchar is famous for his game, and his fame but he is not particualry famous for having had many relationships. He has dated one woman since his university days and she is now his wife for over 15 years. That's right! Matt and Sybi Kuchar went to Georgia Tech together but it was after the university ended that their relationship began. Sybi was also a sports person and was on the universitie's Tennis team when they first met. They commenced dating since 2000 and three years later were married on the border of Florida and Georgia.

As of now, the couple has got two young sons; Cameron Cole and Carson Wright and they all live together. The first kid Cameron was born in 2007 and the younger kid was born in 2009. The couple has a very solid relationship and Matt has not failed to mention that Sybi has often been his best source of support and inspiration.

Matt Kuchar is a good hearted person and despite his huge net worth, doesn't hesitate to donate some amount to underprivileged ones. He seems to be helping mostly children who have some disabilities or serious illness and his campaign "Camp Twin Lakes" is active every year. His wife is also on the campaign and seems to be working more actively on this side of Matt's work.

Matt Kuchar is a tall man who has got an average body type. He measures about 6 feet and 4 inches in height and his last recorded body weight was about 198 pounds. Also, his net worth value in 2016 was revealed to be 20 million dollars and his average yearly salary is near about 38 million dollars.

To catch up with Kuchar's latest news and events, you can follow him on his official Twitter news account MattKucharNews, which is run by his office. Also, his profile and biography are available on many sites including Wikipedia, golfchannel.com, and others.