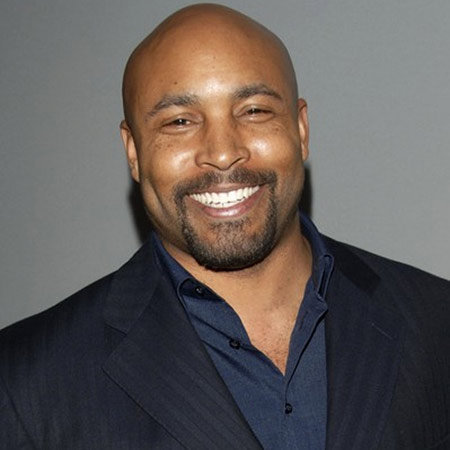 Mathew St. Patrick is a professional actor, best known for portraying Keith Charles on the HBO drama television series, Six Feet Under. He had a recurring role as Moses Cartwright, during the final season of the award-winning FX drama Sons of Anarchy.

Patrick was born on March 17, 1969, in Philadelphia, Pennsylvania, U.S. He holds an American nationality belonging to the mixed ethnicity.

Patrick was born and raised in Philadelphia. He attended Olney High School, where he was on the varsity track team of high school. He graduated from Scotland School for Veterans' Children in 1986.

Patrick lived in New York after graduating from high school. He then moved to Chicago, where he worked as a delivery salesperson for Coca-Cola, UPS, Union Pacific Railroad and a furniture store. He spent eight years in Chicago.

Patrick moved to Los Angeles in 1994, where he started his acting career. He first worked as personal trainer and then joined the West Coast Theater Ensemble in 1996. He was cast as Detective Marcus Taggert on General Hospital and as Adrian Sword on All My Children.

Patrick was cast as Keith Charles in the HBO series, Six Feet Under in 2001. He earned more popularity from that series. He was the first voice of Skuller on Danny Phantom in 2004. He starred as the principal detective in the Fox fall drama series, Reunion in 2005.

Patrick acted as an FBI agent in the movie named War in 2007. He was cast alongside famous celebrities such as Jason Statham, Jet Li, Devon Aoki, John Lone and Nadine Velazquez. He played a role as Seth in the science fiction horror film named Alien Raiders in 2008.

Patrick appeared on the Eminem album Relapse in 2009. Apart from that, he has also appeared in the TV series named NCIS: Los Angeles. He has a recurring role as Moses Cartwright, during the final season of the award-winning FX drama Sons of Anarchy.

Patrick has reached the age of 48 now.  He is married and has a son. He has made his married life much confidential to the public. He has not revealed the name of his wife in any of the social networking sites. He has a son named Tommy who is 12 now. He currently lives in Philadelphia, Pennsylvania with his family.

Patrick likes to read, cook, sing, play sports and enjoy the great outdoors in his free time. He has sung in a gospel choir for two years and has played sports like basketball and softball. He has won Screen Actors Guild Award for Outstanding Performance by an Ensemble in a Drama Series.

Body Measurements, Net worth, and Facts

Patrick stands an incredible height of 1.8 meters (5 feet 11 inches). He has earned huge amount of salary from his acting career and has maintained an impressive net worth in his life.

Patrick does not seem active on social networking sites.