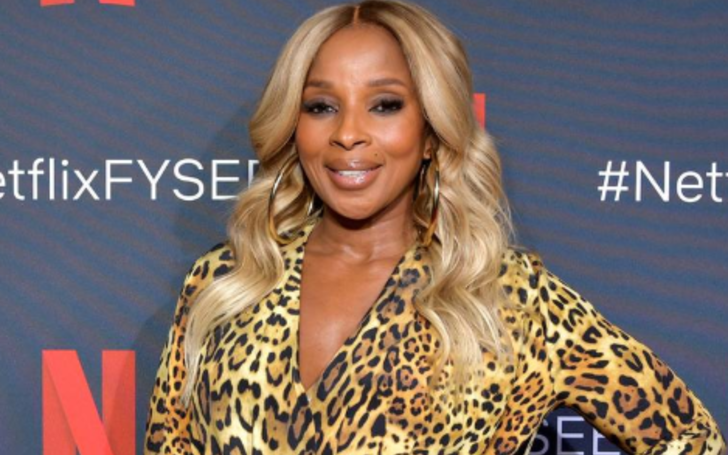 Mary Jane Blige is an American singer, actress, and model who started her career as a background singer in the late 1980s and later on started her own career with her debut album, ‘What’s the 411?.’ These days her acting career has also reached a peak after she received several awards and nominations with the 2017 film Mudbound.

Mary J. Blige was born under the birth sign Capricorn on January 11, 1971, in the Bronx, New York. She is the daughter of Cora and Thomas Blige who raised her alongside her elder sister. Her parents got divorced when she was around four years old.

After divorce, she and her siblings moved to Georgia along with their mother but they soon returned as the lifestyle there did not suit them well. Mary grew extremely fond of hip-hop music, owing to the collection owned by her mother.

Her mother and sister supported her fully in her pa s sion and she was also able to win a local singing competition when she was 8 years old. As she mostly uses to give her time in music she, later on, decided to quit high school while still in junior high.

The 50 years old, Mary J. Blige seems to be single at the moment as she has preferred to keep her peronsl life away from the public but previolsy she was married to Kendu Issacs in 2003 after two and half years of love life.

They met each other in 2000s and soon started dating and got married. Howver their marriage didn't last forever as they separated in 2016 and divrce in 2018.

Career History and Net Worth

As being involved in music once she got acquainted with someone at ‘Uptown Records,’ a label and she started to work as a background singer. Until she didn't meet Puff Daddy her talent was not recognized. Puff Dady became a mentor to young Blige and also became the executive producer for her debut album.

After this, she has released 13 studio albums and has received immense international success. Among 13, eight of her album has been honored as “multi-platinum” by the ‘Recording Industry Association of America’ (RIAA). Also, she has bagged 9 ‘Grammy Awards’ .

Apart from music, she is also very famous as an actress. She made her movie debut in 2001 with her appearance in the Prison Song. Her career got huge limelight after she became part of the  2017 film Mudbound.

From her successful career, she has earned a huge amount and as of 2021, her net worth is calculated to be around $20 million.

How Old Is Mary J. Blige?

What Is Her Relationship Status As of Now?