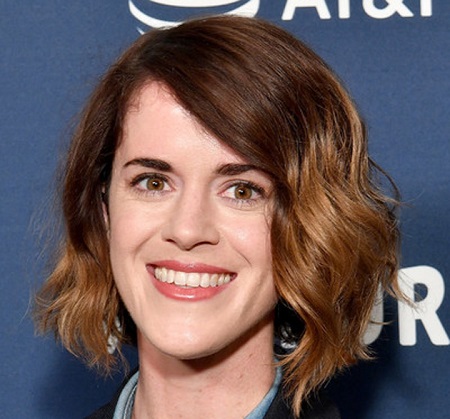 Mary Holland is a rising American actress and comedian who started her acting journey performing at the Upright Citizens Brigade Theatre right after graduating from college. As of now, she has appeared in dozens of television series like Big City Greens, Harley Quinn, Robbie, Homecoming, Star Wars: Jedi Temple Challenge, Speechless, Crazy Ex-Girlfriend, Veep, The Good Place, among others.

Mary was born on 24th June 1985, and as of early 2021, she is currently 35 years old. She was born in Galax, Virginia, the United States of America, and belongs to American nationality.

However, since the name and details of her parents are not disclosed, her ethnicity is also not known. She studied at the Interlochen Center for the Arts. She then got enrolled at Northern Illinois University, where she graduated with a Bachelor's Degree in Fine Arts.

Mary paved her acting career path performing at the Upright Citizens Brigade Theatre right after graduating from college. She is also a cast member of UCB’s flagship show Asssscat.

Regarding her big-screen debut, she first appeared in the television series Comedy Bang! Bang! in 2013. The following year, she appeared in Silicon Valley and The Birthday Boys. 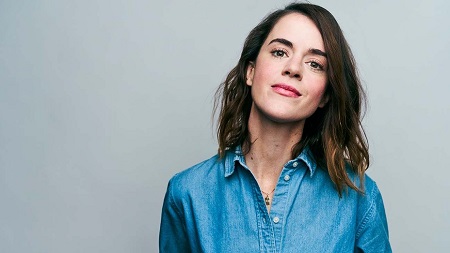 Similarly, she has appeared in movies like Between Two Ferns: The Movie, Mike and Dave Need Wedding Dates, Unicorn Store, Good Posture, Greener Grass, Happiest Season, and many others. She is also the co-writer of the film Happiest Season.

Talking about Mary Holland’s net worth in 2021, the actress has a reported net worth of $1 million. Her annual salary is around $50 thousand.

Mary belongs to the group of the list of celebrities who loves to maintain a low-key profile. The actress has not disclosed her personal life.

Her current relationship status is quite confusing. It is not clear if the actress is married or dating someone or still single. Likewise, her past affairs and relationships are also no known.