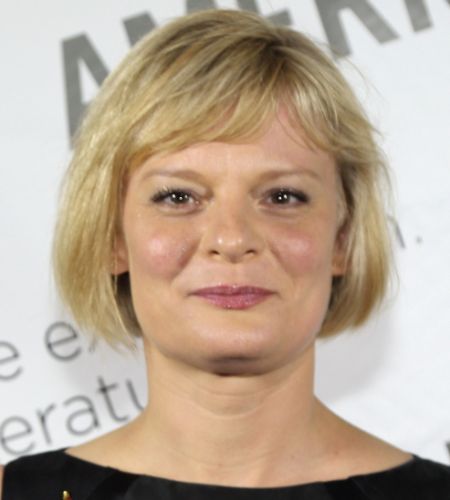 Martha Plimpton is an American former model turned actress and singer most known as Patti Nyholm in the CBS legal/political drama series The Good Wife, Virginia Chance in the Fox sitcom Raising Hope, and Eileen O'Neal in the ABC sitcom The Real O'Neals.

How Old Is Martha Plimpton? What Is Her Height?

Martha Plimpton was born Martha Campbell Plimpton on November 16, 1970, to actor-singer Keith Carradine and actress Shelley Plimpton. She is 50 years old at the time of this writing and stands at 5 feet 5 inches (1.65 meters).

Plimpton is of the eminent Carradine acting family that dates back to the 19th century. Born and raised in New York City, New York, Plimpton attended Manhattan's Professional Children's School.

What is Martha Plimpton Known For?

Marth Plimpton began her professional career as a fashion model, most notably appearing in a 1980s ad campaign for Calvin Klein.

Following in her parents' footsteps, Plimpton began acting at the age of 8. She made her feature film debut at the age of eleven in the 1981 mystery drama film Rollover. Her first prominent film role was Jonsy in the 1984 independent drama movie The River Rat starring Tommy Lee Jones. 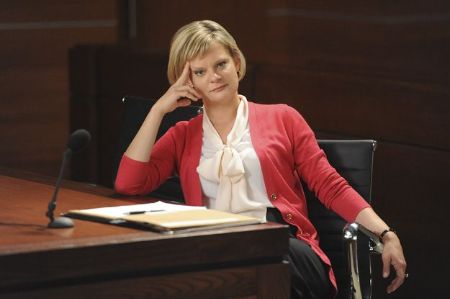 On television, she is most known for playing Patti Nyholm in the CBS legal/political drama series The Good Wife, Virginia Chance in the Fox sitcom Raising Hope, and Eileen O'Neal in the ABC sitcom The Real O'Neals. Her role in The Good Wife won her a Primetime Emmy Award in 2012.

Plimpton went on to become a celebrated theatre actress whose Broadway credits include such plays as Sixteen Wounded, Shining City, The Coast of Utopia, Cymbeline, Top Girls, Pal Joey, and A Delicate Balance. Off-Broadway, she is known for her appearances in plays like The Haggadah, Pericles, Prince of Tyre, Suburbia, Boston Marriage, Hobson's Choice, Flesh and Blood, and The False Servant.

How Much is Martha Plimpton Worth in 2021?

According to celebritynetworth.com, Martha Plimpton has a net worth of $5 million as of March 2021. She is a descendant of the Carradine family of actors and the daughter of actors Keith Carradine and Shelley Plimpton. 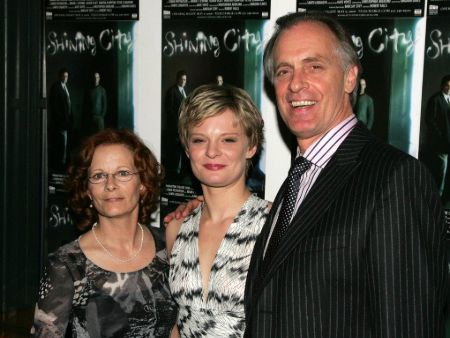 She has been seen on-stage and on-film, and on television and is most known as Patti Nyholm in The Good Wife, Virginia Chance in Raising Hope, and Eileen O'Neal in The Real O'Neals.