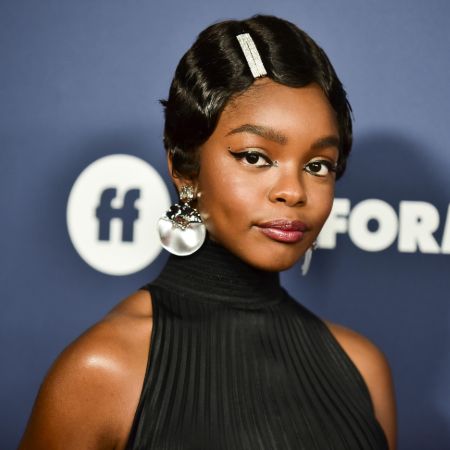 Marsai Martin is an American film and television actress most known for playing Diane Johnson in the ABC sitcom Black-ish and its prequel spin-off series, Mixed-ish. She is also a voice actress who has lent her voice to TV shows like The Mr. Peabody & Sherman Show, Goldie and Bear, and Dragons: Rescue Riders.

How Old is Marsai Martin? Her Age, Birthday, Height, and Parents

Marsai Martin was born Caila Marsai Martin on August 14, 2004, the daughter of Joshua Martin and Carol Martin. As of October 2020, she is 16 years old. She reportedly stands at 4 feet 11 inches (1.49 meters) although she is not through growing yet.

Born and raised in Plano and raised in Little Elm, Texas, Martin received her big break when her glamor pictorial caught the eyes of talent agencies and she was signed by the Kim Dawson Agency in Dallas at 5. She appeared in her first commercial aged 6 for The Choice Hotel's ad, titled "Voice of the People".

She formally trained in acting at Cathryn Sullivan Acting for Film acting school in Fort Worth, Dallas. When she displayed an uncanny talent before the camera, her family moved to Los Angeles in late 2013.

Upon her move to California, Martin was booked in a national commercial campaign for the auto repair chain, Meineke. Her first on-screen role came when she landed the part of Diane Johnson opposite Anthony Anderson and Tracee Ellis Ross in the ABC sitcom, Black-ish. 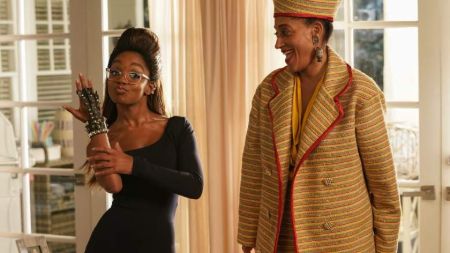 The role landed her widespread praise and numerous awards including a Young Artist Award, a BET Award, and multiple NAACP Image Awards.

She reprises her role for one episode of the Black-ish prequel spin-off series, Mixed-ish. Besides that, she has had a guest role in the Netflix sitcom, Unbreakable Kimmy Schmidt.

Martin made her film debut as the titular character in the 2016 made-for-TV family-drama, An American Girl Story – Melody 1963: Love Has to Win. Following that, she has made movie appearances in theatrical movies like Nina, Fun Mom Dinner, Little, and The Adventures of Tikki the Wonder Dog.

Additionally, she voices one of the main characters, Aggro, in the Netflix How to Train Your Dragon spin-off, DreamWorks Dragons: Rescue Riders.

Estimated to have a Net Worth of $1 Million

Marsai Martin is estimated to have a net worth of around $1 million. Her wealth is primarily attributed to her career as a screen actress, including TV and movie salary, public appearances, brand endorsements, etc. 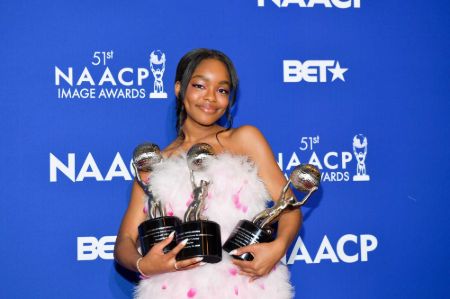 In her seven years in the acting industry, the 16-year-old has appeared in nearly 20 movies and TV shows -- including her most notable television role as Diane Johnson in the ABC sitcom Black-ish and its prequel spin-off series, Mixed-ish.