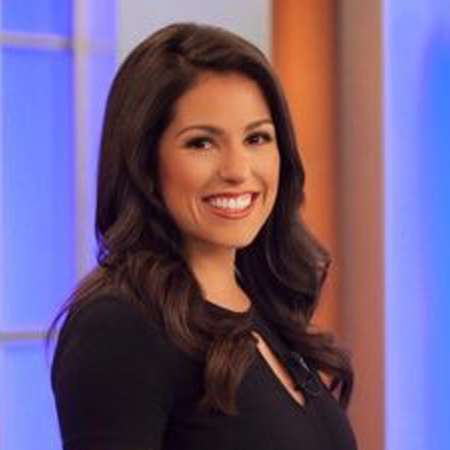 Marley Kayden is an American journalist as well as a professional musical theater actress. She is a Chicago-based multimedia journalist who specializes in broadcast and business news reporting. As of today, she is working as a Weekend Traffic Anchor at NBC 5, which airs on WMAQ-TV.

Kayden is also a CBOETV correspondent and the host of Most Actives with Marley Kayden, a show covering the most traded options contracts of the day.

She is married and has children.

Kayden was born and raised in Chicago, Illinois. She spent her childhood days at her native town. Marley Kayden graduated from the University of Virginia in May 2007 with a Bachelor of Arts in Music Major/ Drama Minor. She graduated with honors by scoring 3.7 GPA.

In June 2013, she earned Master of Science in Journalism from Medill School of Journalism, Northwestern University, Chicago. She was a Medill Ambassador and recipient of Medill Alumni and Medill/NU Scholarships.

In January 2008, Marley Kayden started her first job in Journalism and made it her core career ever since. She worked for Wall Street Media in New York as a co-anchor of “Stocks Today”, where she reported daily financial news, interviewed CEO and company executives and traveled the US, covering financial conferences.

In 2012, Kayden worked as a Business Reporter for the Medill News Service. Putting her musical talents to use, she worked in Chicago Music at the beginning of 2013 as a theater and classical music reporter, reporting on a variety of topics from live theater to contemporary music concerts.

She then worked at the Tribune Company as an on-air intern. In June 2013, she transferred to Bloomberg News and worked as a commodities reporter, providing daily written and on-air coverage of agricultural commodity markets.

Since October 2013, Marley Kayden has been the Anchor of 'Most Actives With Marley Kayden' at Chicago Board Options Exchange. She provides daily coverage of most active stock options shot live from the trading floor at CBOE.

She has also been working as a Weekend Traffic Anchor at WMAQ-TV for Radiate Media since November 2013. Moreover, she was the co-host of "Chi-Town Rising" New Year's Eve Broadcast at WMAQ-TV.

She also produced and directed a documentary The 100th Day: Unknown Territory which won the Award for Excellence in the Long Form category at the NATAS Chicago/Midwest Emmy Awards.

Marley Kayden's Net Worth And Awards

Marley Kayden former actress turned journalist earns a decent amount of money from her career. According to a source, NBC anchor of Chicago earns $30K to $197K as per their experiences and talents. So, she is an experienced anchor and bagged anywhere from the above range.

Marley Kayden has also earned fame and honors as an Emmy award winner. She won the award for 'The 100th Day: Unknown Territory', a documentary filmed, edited and produced by herself, at the NATAS Chicago/Midwest Emmy Awards. She was also nominated for Emmy in 2015.

Journalist Marley Kayden is a married woman. She is married to her boyfriend turned husband for a long time. She lives in River North, California with her family. She shares a child with her husband. She has never mentioned about her husband and children publicly.

She is also an avid dog lover. She has rescued several dogs and has adopted some of them. She is close to her family.  Kayden listens to rock and country music during her spare time. She is a great fan of rock band Pearl Jam.