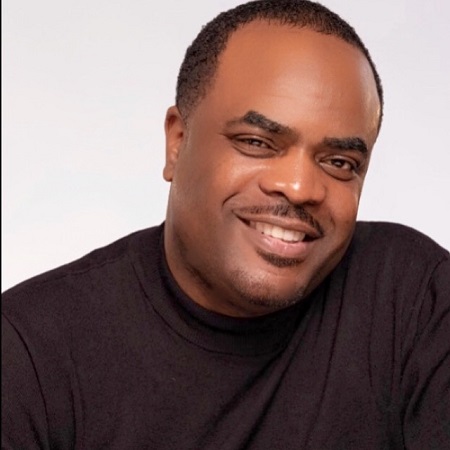 American actor, director, and producer Markuann Smith’s hard work and dedication has paid off. The actor grew a pa s sion for acting as he was exposed to many movies because of spending a lot of time alone at home. He is also the executive producer of the drama series Godfather of Harlem.

How Old Is Markuann? His Mother Kicked Him Out

His parents' details are not disclosed; however, his mother worked three jobs to maintain their lifestyle. After his parents’ divorce, he bumped heads with his stepfather. Because of this, his mother kicked him out of the house, forcing him to mature faster.

During his high school days, his brother Father M.C. got a record deal with Uptown MCA records. His brother soon came into the spotlight and started touring. He also took Markuann with him in his tours, where he met stars like Tupac, Digital Underground, Toni Tony Tone, Boyz II Men, and others.

Markuann Smith’s Net Worth In 2021

Godfather of Harlem’s executive producer is reported to be a millionaire. Though Markuann Smith’s net worth is not revealed, some gossip mongers reported that he is worth $1 million.

While surfing around Markuann’s Instagram, we can see him flaunting gold chains with diamond studded in it. He also uploads pictures of his cars on social media. 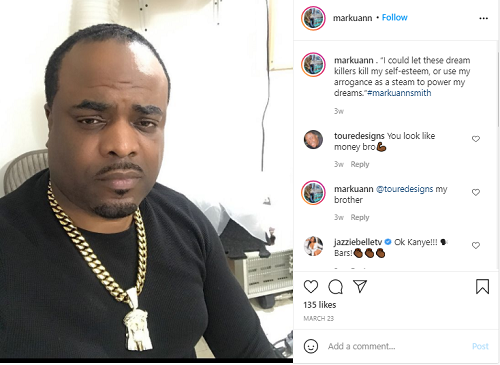 Markuann was exposed to movies as he spent most of his time at home alone. These movies and series were his constant companion. However, the tour also triggered him to start a career in the entertainment field.

Markuann worked really hard, and his dedication paid off pretty well. He had numerous roles on the Chapelle Show, which also grabbed huge attention. He has worked in movies like Juice, Code Blue, Poetic Justice, A Good Day to Die, among others.

He has hosted shows like All Hip Hop TV segment in AllHipHop.com and has featured in the VH-1 series, Let’s Talk About Pep.  The actor grabbed worldwide attention for his work in the series Godfather of Harlem. Celebrities like Rafi Gavron, Erik LaRay Harvey, Chazz Palminteri, Clifton Davis, Roslyn Ruff stars in the series.

Markuann has not disclosed anything about his personal life. The producer is yet to reveal his current relationship status as well. As per gossip mongers, he is a s sumed to be single.

However, some reports claimed that Markuann is a married man. But there is no any proof for it.