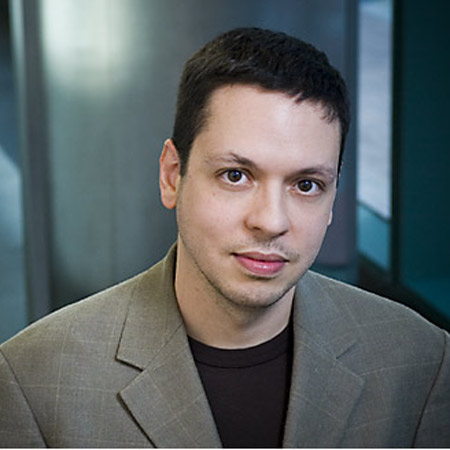 Markos Moulitsas is popularly known for his username, Kos. He created  Daily Kos, a blog that focuses on the United States's Democratic parties. He also co-founded the sports blog named SB Nation, a part of Vox Media.

Markos Moulitsas was born Markos Moulitsas Zúniga on September 11, 1971, in  Chicago, Illinois. He is the son born to a Salvadoran mother and a Greek father.  He is American and belongs to the White ethnicity. He describes himself as a recovering Catholic.

In 1976, his family shifted to El Salvador but later returned to Chicago because of  Salvadoran Civil War. Moulitsas completed his graduation from  Schaumburg High School in Schaumburg, Illinois and then joined  U.S. Army from 1989 through 1992.

Soon after leaving the army, Moulitsas attended the Northern Illinois University and grabbed two bachelor's degrees. He earned major in philosophy, journalism, and political science in 1996. In 1999, Moulitsas earned his J.D. degree from  Boston University School of Law.

Markos Moulitsas worked as project manager at a web development shop during his initial phase of career. In May 2002, he founded Daily Kos but since 2014 only he managed the blog in a serious way.

Daily Kos becomes the largest liberal community blog since its starting with over 215,000 registered users and millions of unique viewers per month. The success of blog attracts the attention of many political figures.

Moulitsas along with Jerome Armstrong founded the BlogPAC which is a political action committee that focuses on progressive bloggers and politics online in 2004. He also writes elections analysis for  British daily newspaper The Guardian and he is a  regular contributor to Newsweek.

He is a member of the New Politics Institute. In 2003, he co-founded SB Nation, a network of sports blogs which became  Vox Media in 2011.

Apart from this, he also authored three books: Crashing the Gate: Gra s sroots, Netroots, and the Rise of People-Powered Politics which he co-wrote with Jerome Armstrong and Taking On the System: Rules for Radical Change in a Digital Era.

Markos Moulitsas, 46 is happily married to his long-time girlfriend and is a father of two sons. He is quite secretive about his personal life and that might be the reason he hasn't shared any kind of information regarding his wife and kids. Moulitsas is living a blissful married life with his family in  Berkeley, California.

In April 2004, due to the statement that Moulitsas posted in the comments section of his blog about 'Blackwater USA employees' created the controversy which he later apologized and said it was misunderstood. Moulitsas made remarks about Hillary Clinton's 2008 presidential campaign as he said,

"she fails the test of the guiding principles of the site".

Markos Moulitsas is known as one of the successful enterprises who taste the success in his short span of a career. His blog, Daily Kos has become the largest liberal community blog in the United States which earned an impressive.