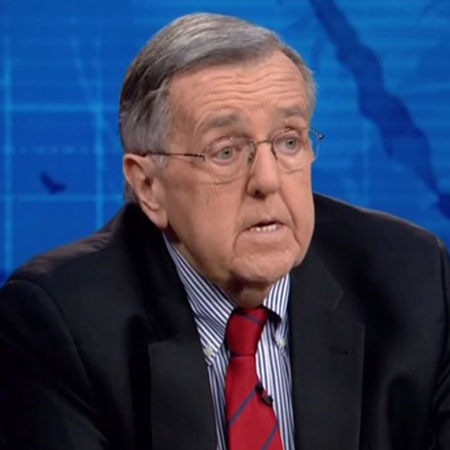 Mark Shields is an American Political columnist and a commenter. He has provided weekly political analysis and commentary for the PBS News Hour, since 1988. Shields currently has David Brooks of The New York Times as his on-screen counterpart.

Mark Shields began his career in politics serving as a congressional aide in Washington, D.C. in 1964. He worked as a manager for numerous Democratic political campaigns across the country.

In 1979, Mark Shields left politics to work as the editorial staff of The Washington Post newspaper. He became a syndicated columnist and soon began working on radio, offering nightly analyses on the ABC program Look at Today, in 1980.

When Shields joined PBS The News Hour and CNN Capital Gang, he became popular in the early and mid-'80s he succeeded to be a full-time television pundit in 1988.

Shields has also been a featured election analyst on NBC and CBS, he has covered 12 presidential campaigns and attended 24 national party conventions.

Mark Shields is happily married to Anne Hudson Shields. His wife Anne is a Lawyer and former civil service official at the United States Department of the Interior.

Shield and his wife are blessed with one daughter, Amy, who is a graduate of Duke University and a television producer.

Besides Anne Hudson Shield, there are no rumors of his other affairs, girlfriends, or relationships. The couple has been sharing a blissful married life. He currently resides in Chevy Chase, Maryland along with his family.

Mark is a political columnist and commentator. He is paid a good amount of salary.