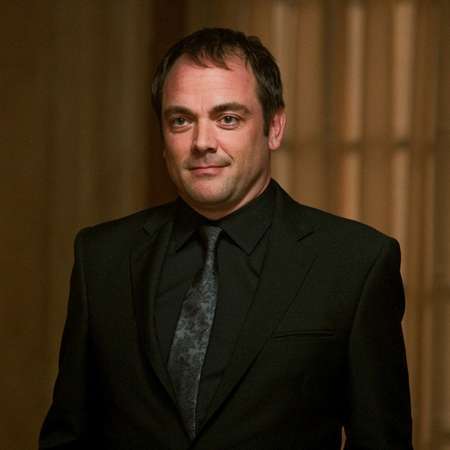 Mark Sheppard, the son of actor W. Morgan Sheppard, is now known best for his portrayal of the demon Crowley in the hit supernatural thriller series named Supernatural. He was born to W. Morgan Sheppard and his wife on the 30th of May, 1964 in England. He is also known for being doubled casted with his father as they play the younger and older versions of the same character on several movies.

Born in London, England, Mark is of an Irish-German background. At the age of 15, he was interested in music and became a professional musician. He toured with bands like Television personalities and Light a Big Fire and reacted several songs. After moving into the United States, Sheppard auditioned for the production of Cock and Bull Story and won the 1992 L.A. Drama Critics Circle Award as well as the LA Weekly and Dramalogue Awards for his role there.

For television, he has starred in The X-Files, Soldier of Fortune and has had recurring roles in shows like The Invisible Man, The Practice, Special unit 2, The Chronicle, JAG, Star Trek: Voyager, Monk, White Collar, CSI, and Chuck among many others. The TV series Charmed has starred him as well. His other appearances include acting as Joss Whedon on Dollhouse and the same character on Firefly. He has also appeared as a villain on 24 and on Medium. His other television appearances include acting in The Middleman, Bionic Woman, Doctor Who and Battlestar Galactica. He started acting as demon Crowley on Supernatural since 2005 and has been doing so until now. His film credits include acting for In the Name of the Father, Unstoppable, Broken, New Alcatraz and Megalodon. He has also directed Mysterious Island.

As far as his personal life is concerned, Mark is a married man. Previously, he had been married to Jessica. The couple fell in love and got married on 6th March, 2004. After having two children named Max and William together, the couple had marital problems and thus got divorced on 2014. Following his divorce, he started having an affair with Sarah Louise Fudge. Sarah, an Australian mining heiress met him at a convention of the show Supernatural. After they fell in love, he proposed to his girlfriend on August 20, 2015 and they got engaged. They announced that they were expecting their first child on September 26, 2015. Their baby, a girl, is expected to be born on March, 2016. Following this announcement, the couple got married on 9th November in Denver, Colorado. They seem to be doing pretty well together and there is no question of marital issues or divorce.

Though his net worth is under review, Mark reportedly earns a salary of 352 thousand dollars on a yearly basis. He has a height of 5 feet and 9 inches and a devilish demeanor, suiting him to play negative roles perfectly.