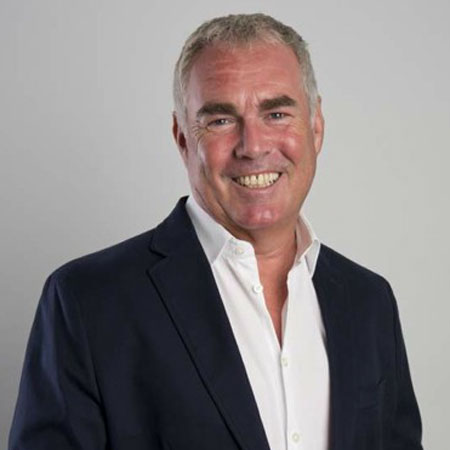 Mark Saggers was born and raised in Britain. He is a British citizen and belongs to white ethnicity. He has not disclosed any information regarding his early life, parents or childhood. Mark attended a local school in Cambridge called Perse School and played rugby, hockey, and cricket while at school.

As he pursued his career in broadcast journalism, it can be assumed, Mark Saggers' academic qualification is related to this field as well.

Mark Saggers began his career in broadcasting from BBC Radio Cambridgeshire. He occasionally had worked for Clubcall. He joined the BBC Radio Sport in 1989. He was a regular voice on Radio 4’s program called ‘today’. During this time, he won a Sony Award for his reporting on the false start at the 1993 Grand National.

In 1992, Mark Saggers joined Sky News as a senior correspondent where he presented the Premier League football highlights show. The show made him well known among his international audiences. After spending almost eight years with Sky News Mark rejoined BBC in 2001 as a presenter of Sport on five and was also the commentator for Test Match Special.

Mark moved to talkSPORT in 2009 declining the offer to renew the contract with BBC. He currently presents the show called ‘Kick Off’ from the network on weekdays except on Friday. Mark Saggers is the founder of Mark Saggers Media Ltd.

One of the experienced and veteran sportscaster Mark Staggers has not revealed much about his personal life. He seems to be reluctant in giving out his personal information and wishes to keep it private. There is no any rumor or news of his past relationship affairs/ girlfriends. Coming onto his relationship status, he is a married man proving the speculation if he is a gay as a false speculation.

Mark Saggers is married to the love of his life Jane Saggers. His wife Jane is serving as the director of Mark’s company called Mark Saggers Media Ltd. Prior to this; she had worked at Burghley Park Golf Club Limited. The couple has led a successful marital life ahead. There is no information available regarding the children of the couple.

The salary and net worth details of Mark Saggers are not disclosed. However, according to pay scale sites, his annual salary is reported to be $200 thousand. This is the salary that he earns from his job at broadcasting media. He is also a founder of his own company means he has additional income. Therefore, it can be assumed he has a very high net worth.