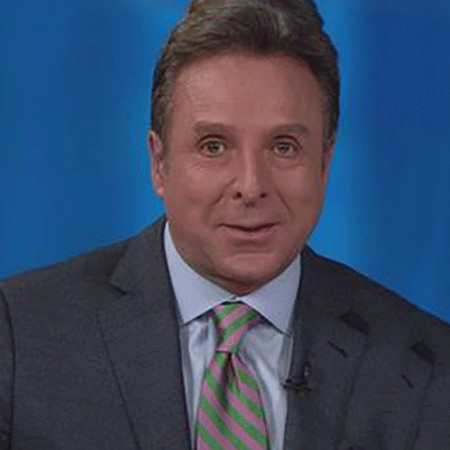 Mark Giangreco is the sports director and a leading sports anchor for the WLS-TV based in Chicago, Illinois. He is the winner of three Emmy Awards. He also anchors the sports segment on ABC7 for its 5 pm and 10 pm newscasts.  Mark is known for his deadpan humor and witty delivery. He is sarcastic at times but because of this, Mark has gained a lot of nonsports fans besides sports fans.

Born on May 13, 1952, in Buffalo, New York, Mark is an American citizen. Mark Giangreco has not disclosed any information on his childhood days or parents. He has two brothers named Thomas Giangreco, a medical device consultant, and Pete Giangreco, a Democratic Party political consultant.

Mark Giangreco attended Canisius High School and got graduated in 1970. He is a graduate of University of Dayton in 1974 where he earned his B.A. in Communications.

Mark Giangreco started his career during his college years joining at WING-AM radio station based in Dayton, as news and sports reporter in 1972. He got his first job at NBC in Dayton where he worked for less than a year, making his move to WLKY-TV based in Louisville, Kentucky in 1978. After four years with WLKY-TV at Louisville, where he served as a sports anchor and sports director, Mark moved to WMAQ-TV based in Chicago in 1982.

Mark Giangreco joined ABC7 in Chicago in 1994 as an anchor of the sports segments. He is currently serving at WLS-TV in Chicago, Illinois as the sports director and lead sports anchor. Mark earns a good salary from his job and is believed to be in five zero figures making rise to his net worth to $ millions.

Moving onto the relationship status of Mark Giangreco, he is a married man. He is married to the love of his life, his girlfriend for a long time, Cindy Giangreco. It is not known when they met or they started dating, but looking at the passion of their love, it seems like that their love is still the same when they first started. He has three children named Mark, Christopher, and Matt, with his wife Cindy. All of his three sons are grown up and are in their teenage. The family is living happily together in Chicago.

Mark Giangreco has an ambitious career laced with awards and distinctions. He has won three prestigious Emmy Awards and has won two Associated Press Awards for Best Broadcast. He is also the winner of Dante Award from the Joint Civic Committee of Italian Americans and Justinian Society of Italian Lawyers Award for journalism. He became the “Father of the Year” from Chicago Father’s Day Council in 1996.

Mark Giangreco was once suspended for a week for his joke on Detroit, Michigan after the victory of Detroit Pistons on NBA Championship. He had put black-and-white movie clip of a city burning saying “a typical night for Detroit” as a joke for which some people got offended and some believe his joke made a good jest.