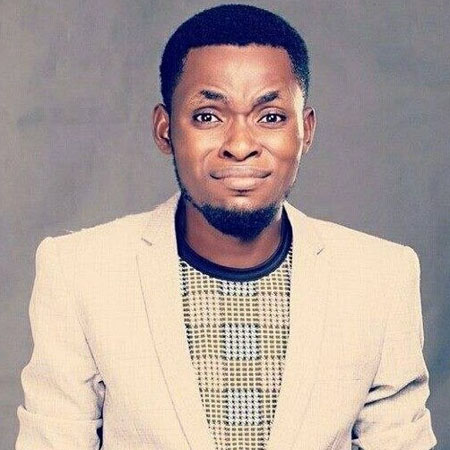 Mark Angel is a rising YouTube star widely known for his comedy web series called MarkAngelComedy on YouTube. He has gained massive popularity from his YouTube videos. As of 2019, the comedian has amassed over 5.25 million subscribers on his YouTube Channel. His channel also became the first-ever comedy channel that made one million subscribers.

Angel was born on May 27, 1991, in Port Harcourt, Nigeria. He is a Nigerian by nationality and belongs to the African ethnicity.

Angel grew up in Port Harcourt, Rivers State in a small family of three kids. He dropped out of school and went to learn photography.

Angel dropped out of school due to his financial problems. He was admitted at Obafemi Awolowo University in 2008 and studied medicine. His uncle who supported and decided to sponsor his education passed away at the same time.

Angel had started his career as a photographer before he moved into comedy showbiz professionally in 2011. Before moving to his professional career, he was a member of a theater group named Gingertainment, which performed stage dramas and comedy shows from school to school.

He studied cinematography in India and later joined Nollywood. He has done a couple of productions from his Nollywood experience. He also worked as a security guard during that time.

Soon, His friend, Dennison Igwe suggested that they should start their media company together. They did several skits, which they put on the internet but was not successful.

Angel discovered one of the kids in their acting school named Emmanuella. He discovered Emmanuella when she was born as he realized her capability of being influenced positively.

He Has Gained Over 5.25 Million Subscribers On His Channel

5ft 10 inches tall Angel is the founder of the popular YouTube Channel named Mark Angel Comedy, which is featured by the youngest comedian, Emmanuella Samuel.

Angel officially started the channel, Mark Angel Comedy in 2013. He has posted numerous comedy videos on that channel. His production company, Mechanic Pictures shoots most of the photos and videos for his show on the channel.

Angel has gained enormous popularity as a comedian posting several videos on his channel. Later, he revealed most of his stand-up comedy shows and private gigs. His videos have become the most subscribed videos in Nigeria. His YouTube Channel MarkAngelComedy has more than 5.25 million subscribers with over 1.1 billion views.

Talking about his net worth, the comedian Mark has collected an impressive amount of money from his YouTube channel. According to some genuine sources, the comedian has a net worth of $1 million.

Who is His Girlfriend?

Mark Angel, 28, is not married. The YouTuber has yet to introduce anyone as his girlfriend. Despite his name and fame, Angel has not revealed further about his love life and relationships.

He currently resides in Port Harcourt, Nigeria with his family. His birth sign is Gemini.