Marjorie Barretto is a former Filipino actress and politician known for her acting skills in Don't Give Up on Us, Megamol, My Fair Lady, Spirits, Forever and Campus Girls. She was previously in a marital relationship with comedian Dennis Padilla from 1995 to 2006.

Marjorie Barretto was born on 19 May 1974 in the Philippines under the birth sign Taurus. As of March 2022, the former actress is 47 years old. She was born to father, Miguel Alvir Barretto and mother, Estrella Castelo Barretto. Similarly, Barretto was raised alongside seven siblings. Her sisters, Gretchen Barretto and Claudine Barretto, are also actresses.

Reportedly, the media personality studied at De La Salle University, Manila. She seems to have spent her childhood in Manila, the Philippines, with her parents and siblings. Additionally, Barretto is a beautiful lady with brown hair and black eyes. She is 5 feet 6 inches tall and weighs around 60 kg.

The Campus Girls' alum seems to lead a single life currently. There is no information about her present love affairs in the media. Previously, the actress was in a marital relationship with Filipino comedian Dennis Padilla. Her former husband is a famous actor, comedian, radio broadcaster and politician. Besides his acting career, the media personality is known for joining Aksyon Demokratiko Political Party.

Barretto and Padilla exchanged vows in 1995 and separated in 2006 for an unknown reason. The ex-pair was blessed with three children; Julia Barretto, Claudia Isabelle Barretto and Alexander Nicole Barretto. Likewise, their daughter, Julia Barretto, is a famous Filipina actress who has been active in the showbiz industry since 2006. The 25 years old actress (born in 1997) is known for her acting credits like Unexpectedly Yours, I Love You, Hater, Block Z, Love You To The Stars and Back, Masked Singer Pilipinas, and more.

In addition, the 47 years old actress was romantically involved with Kier Legaspi and had two children from her relationships besides Dennis Padilla.

Marjorie Barretto's net worth is above $1 Million. She might have added good money to her name from movies and TV shows like Maalaala Mo Kaya, Don't Give Up on Us, Forever, Gandang Gabi, Ang boyfriend Kong gamol, Campus Girls, Silakho, Are You Afraid of the Dark?, D' Another's and more. Furthermore, the former actress was elected to the city councilor as representative of the second district of Caloocan from 2007 to 2013. No doubt, Barretto earns enough to live a luxurious life with her family members. 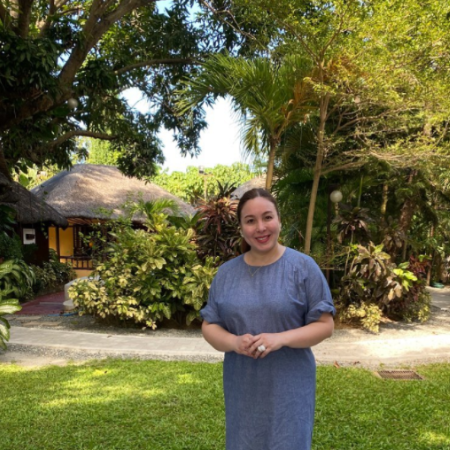 Further, the mother of Julia Barretto has 914 thousand followers on her Instagram account and her estimated earnings per post are $2,725.5 - $4,542.5. Barretto spends a good time on her social media and shares her personal events.

On the other hand, her ex-husband, Dennis Padilla, is estimated to have above $500 thousand. He has earned major of his fortune from his involvement in the showbiz industry. The comedian collected good money from his acting credits like Can't Help Falling in Love, Bride for Rent, I Do, Maalaala Mo Kaya, Ang Tanging Ina, Unforgettable, Maria Labo, Crazy for You, Ang Panday, Finally Found Someone and more.