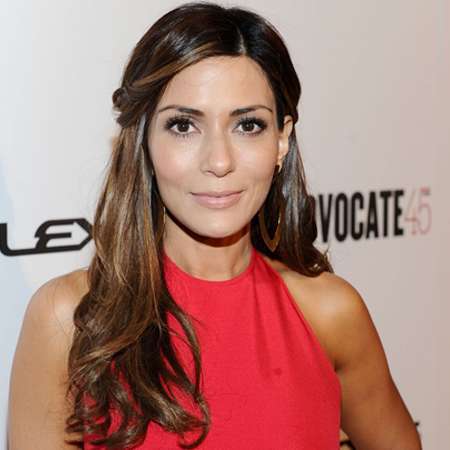 Marisol Nichols was born on November 2, 1973 and her place of birth is Rogers Park, Chicago, Illinois, United States. She was born as the daughter of Maria but she never meets her father. Her father belonged to Hungarian- Romanian descent and her mother is Spanish- Mexican descent. She was raised in neighborhood of Chicago along with her mother. According to her nationality she is American. And her ethnicity is Spanish, Mexican, Hungarian, and Romanian. Her parents had three children, she was born as eldest child and she has two younger brothers.

Marisol Nichols attended College of DuPage but further information relating educational background is missing. She made her started her acting career debut in television from 1996 American television series Due South. Same year she was also featured in My Guys and Beverly Hills, 90210. A year after her debut, she made her successful appearance in ER and Diagnosis: Murder. In 1999, Marisol made her presence in American television series Odd Man Out and Boy Meets World. In 2003, Marisol Nichols was featured in series like The Division, Friends, and CSI: Crime Scene Investigation, Law & Order: Special Victims Unit and Charmed. The other renowned series where she has presented her acting successfully are Cold Case (2004), Blind Justice (2005), In Justice (2006), and The Storm (2009), NCIS: Los Angeles (2010), Private Practice (2012), NCIS (2014), Teen Wolf (2015) and Criminal Minds (2015).

Marisol Nichols has also been featured regularly in movies, where she made her debut from 1997 movie Vegas Vacation as Udrey Griswold. Same year she was also featured in Scream 2 and Friends 'Til the End. In 1998, she was featured in Can't Hardly Wait and Jane Austen's Mafia. In 2000, she made her presence in The Princess & the Barrio Boy. The other hit movies she has been featured are The Princess and the Marine (2001), The Road Home (2003), Homeland Security (2004), Big Momma's House 2 (2006), Delta Farce (2007) and Felon (2008). She has achieved high in her acting career and she has been progressing.

Marisol Nichols is beautiful lady with huge talent. She has been not been in relation with many guys in the past and her sexual orientation is straight. Her current relational status is married.

Marisol Nichols had affairs with Andrea Sorrentino, they started dating in 1995 and after three years of relationship she broke up with her in 1998. After her separation with her boyfriend, she started relationship with Taron Lexton in 2004. And after four years of relation she got married to him on April 13, 2008. Talking about her children she has child named Rain India Lexton who was born on September 30, 2008. Marisol and her husband attended many social and public events together and they seem very happy. She currently lives in Los Angeles, California along with her child and spouse.

She has net worth of around 5 million dollar and her salary information is missing. Marisol Nichols's bio is updated in IMDb and her fans follow her in social networks.