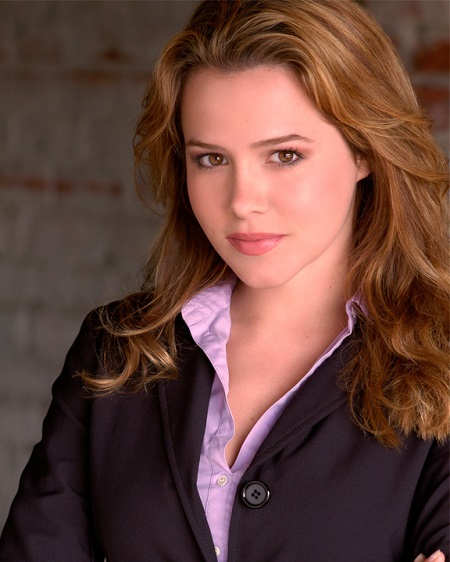 Marieh Delfino is an American actress who came to the limelight after her role in one of the most viewed TV series NCIS in 2005. Similarly, her performance in the movie National Lampoon's Dorm Daze also brought her into the broader stardom. Some of her other hit projects are The Invitation, Boston Public and Penance.

Marieh Delfino was born Marieh Mercedes Delfino in Caracas, Venezuela on September 24, 1977. She holds American and Venezuelan citizenship and belongs to the mixed ethnicity. Her father Enrique Delfino is Venezuelan and her mother Mary Hellmund is Cuban. At the age of nine, Marieh immigrated to the United States.

Marieh has a younger sister named Majandra Delfino, a Venezuelan-born actress and singer. She did her schooling from Miss Hall's boarding school in Pittsfield, Ma s sachusetts.

Marieh Delfino started his acting journey from a 2001 TV series All About Us. The same year, he portrayed Denise DeMarcos in Boston Public. A year later, the actress landed her first silver screen role in the movie Nancy Drew.

In 2003, Delfino was a cast in the commercially successful movie Jeepers Creepers 2 where she shared the screen with Ray Wise and Jonathan Breck. The actress subsequently appeared in many other hit movies and TV series like Dead and Breakfast, National Lampoon's Dorm Daze 2, and more.

In 2005, Delfino was a cast in the TV series NCIS alongside Mark Harmon, Sasha Alexander, Michael Weatherly, and Pauley Perrette.

Marieh Delfino's Net Worth And Salary

Marieh Delfino has made a good amount of money from his acting career. As of 2019, Delfino's net worth is estimated to be around $700k. She earns the majority of her worth from her work in the movies and TV series.

According to some online sources, actors like Marieh earns an average salary of around $53,000 a year. Delfino owns a mansion in Beverly Hils, California but the financial details of the house are yet to be revealed.

Marieh Delfino is a married woman who has been sharing the wonderful married life with her doting husband David Leepson since 2010. The couple tied the knot on 24 July 2010, in an intimate wedding ceremony. The couple reportedly started dating in early 2010.

The lovebirds welcomed their first child, a son named Jude Henry Leepson, on September 7, 2016. The couple has been together from the last nine years and still sharing the blissful marriage journey with no such conflict.

The couple currently resides in Venice, California, along with their son.