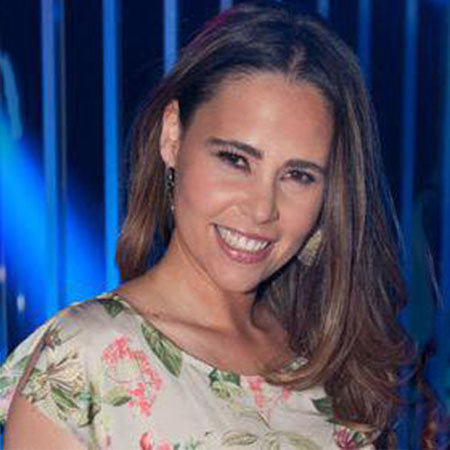 Margarita Magana is Mexican fashion model and actor. She is also famous for her acting roles in movies and television screen. Her popular works include her roles in the Mexican television series Al diablo con los guapos, Un gancho al corazón, and Teresa.

Margarita Magana was born on July 25, 1979, in Mexico City, D.F., Mexico. Magana was raised in her native land along with her family. Magana’s birth sign is Leo. Her nationality is Mexican, and her ethnicity is Latin American. She received her primary education in Mexico.

Margarita Magana started her acting career at the age of 15, where she appeared in telenovela Club de Gaby. Magana later signed a contract to be an actress with Centro de Capacitación Artística de Televisa (CEA). Magana received a great opportunity to prove herself with Thalia in María la del barrio.

Margarita Magana made a special appearance in Los Hijos de Nadie and Mi Pequeña Traviesa in 1997. In 1999, she appeared in the role of Brisa Montalvo de Zambrano in Mexican telenovela Por tu amor. Later in 2001, she was featured in television show El Juego de la Vida.

As Brenda Montero Bustamante, she was featured in the show Amar Otra Vez in 2004. Magana’s one of the famous televisions show is Al Diablo con Los Guapos, which was released in 2007. Magana’s other major television role includes in Un gancho al corazón, Mujeres Asesinas 3, Cuando me enamoro and Lo Que La Vida Me Robó.

Margarita Magana has been nominated and awarded with several awards. In 2007, she was nominated for Best Female Antagonist in 2007 for her role in the show La Verdad Oculta. Magana was also nominated for TVyNovelas Award for Best Supporting Actress.

Margarita Magana’s current relationship status is dating, and her sexual orientation is straight. Magana was previously married to Mauricio Aspein 1999 after few years of dating in a private ceremony.

The couple stayed in the relation together for about five years, and they separated in 2004. Magana has a daughter named Shakti Aspe Magaña with her former spouse.

After the divorce in 2004, she started dating Mexican football player Adalberto Palma. She has a daughter with her boyfriend named Constanza Palma Magaña.

Magana has been active in the exciting field, and she has been featured as cover page model in several fashion magazines. Magana currently lives with her boyfriend and a daughter in Mexico.

Margarita Magana’s net worth is about few million dollars, and her salary is under review. Magana has maintained perfect killer body which can be seen when she wears the bikini. Magana has blonde hair and the killer smile.

Magana is active and hugely famous in social networks. Magana’s photo and status get huge numbers of likes and comments on Twitter and Instagram.