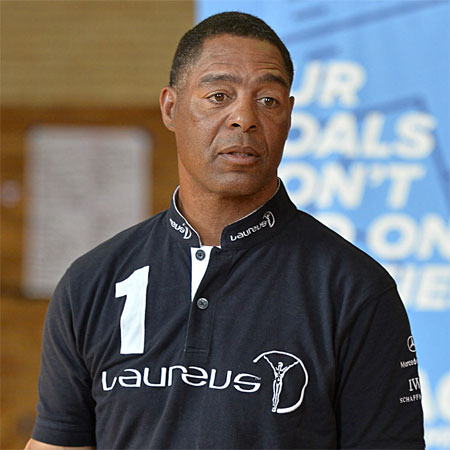 Marcus LeMarr Allen is a former American football analyst and football running back. He is known as one of the greatest goal line and short-yard runners in National Football League.

Allen joined the University of Southern California from 1978 to1981 and played as a running back in football. As a freshman in college, he was a part of Trojans' National Championship team and played as a backup at Heisman Trophy.

In 1979, Allen was shifted to fullback. In 1980, Marcus Allen played the starter at tailback and went for 1,563 yards which was listed as third-most in the nation.

Allen was also Pac-10 Player of the Year. He finished four seasons in college with 4,664 rushing yards, 46 touchdowns and total yards of 5,232.

Marcus Allen was drafted with the 10th overall selection of the 1982 NFL Draft by the Los Angeles Raiders. Though it was his rookie season, Allen rushed for 697 yards and forwarded the Raiders to the best record in the AFC at 8-1. He was also voted the NFL Offensive Rookie of the Year.

From 1987-1990, Marcus Allen played the backfield with Bo Jackson. In the seasons ahead with the Raiders, he had an unsteady relationship with Al Davis, owner of the club. They had issues regarding contract dispute, where Davis referred to Allen as a ''cancer to the team.''

Later, Allen left Los Angeles Raiders and teamed up with the Kansas City Chiefs in 1993. He rushed for 764 yards only, scored 12 touchdowns, forwarding the AFC. After his 1997 season, Allen retired.

In 1999, Allen reached 72nd on The Sporting News' list of 100 Greatest Football Players. In 2003, Allen was inducted into the Pro Football Hall of Fame.

In 2008, after a long break, Allen was seen as a spokesman for the sports website OPENSports.com. He also wrote blogs and often answered questions about the company during his time there.

In 1986, Marcus Allen first met Kathryn Edwards and got engaged in a shortly after. The couple got married in 1993 at O. J. Simpson's Rockingham estate.

Their marriage was also mentioned in Faye Resnick's book, Nicole Brown Simpsons: The Private Diary of a Life Interrupted. The book was published during Simpson's murder trial.

Resnick also said that Allen was having an affair with Nicole Brown Simpson, and his wife Kathryn Edward was aware of Allen's womanizing ways, and if she knew of the affair she would have to cancel the wedding. Later, the couple was asked to testify at trial and fought the subpoena as they wanted to get out of it.

Marcus Allen has a huge net worth, a total of $10 million to be precise. Allen signed more than 20 contracts in his career. He has signed a contract of $500,000 on average, and the highest contract he signed till date is worth $4,600,000.