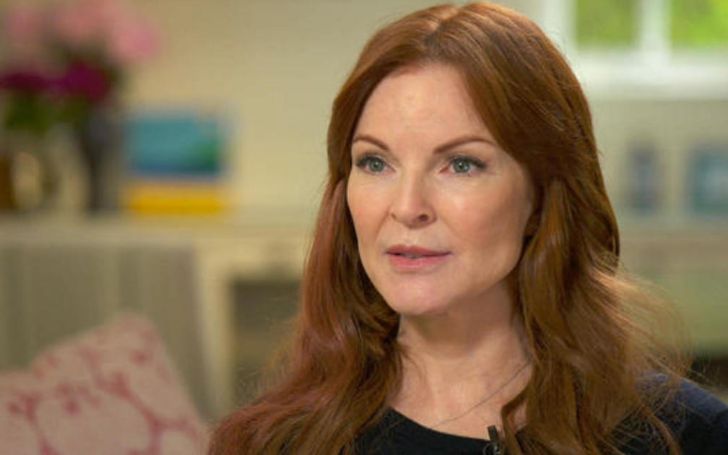 Marcia Cross is an American actress as well as a social worker who is very famous for her role in the hit series named Desperate Housewives as perfectionist Bree Van de Kamp. Also, she is famous for her portrayal as Dr. Kimberly Shaw on soap opera Melrose Place.

Marcia Cross whose full name is Marcia Anne Cross was born on March 25, 1962, in Marlborough, Ma s sachusetts, the USA to Janet, and Mark Cross. Her father worked as a personnel manager and her mother worked as a teacher.

She was raised alongside her two siblings; however, the detail on her siblings is yet to be officiated. She is of American nationality and belongs to English and Irish descent.

Talking about her education, she completed her schooling from Marlborough High School in the year 1980. After this, she received half-scholarship from Juilliard School and graduated with an acting degree in 1984 and joined Antioch University for her master's degree.

Marcia Cross has an estimated net worth of $30 million as per the celebrity net worth. Almost all of her net worth is possible from her career as an actress. She has been active in the entertainment since 1984 and has more than 65 acting credits to her name.

Her debut role was in the soap opera, The Edge of Night as Liz Correll. Following this, she moved to the LA to work on the TV movie named The Last Day of Frank and Jesse James. After this, she has appeared in several movies and series.

Some of her notable works include Another World, George Washington II: The Forging of a Nation, Tales from the Darkside, One Life to Live, It's Garry Shandling's Show, Just Temporary, Quantum Leap, Storm and Sorrow, Jake and the Fatman, Knots Landing, Herman's Head, All She Ever Wanted, Melrose Place, Boy Meets World,  CSI: Crime Scene Investigation, Everwood, Desperate Housewives, Soundtrack, The Secret of Karma.

Married To Tom Mahoney; Her Past Relationships and Affairs

The 58 years old Marcia Cross is currently leading a happy married life with stockbroker Tom Mahoney. They shared the wedding vows on June 24, 2006, after some months of their dating relationship. However, the detail on thier love life is missing. 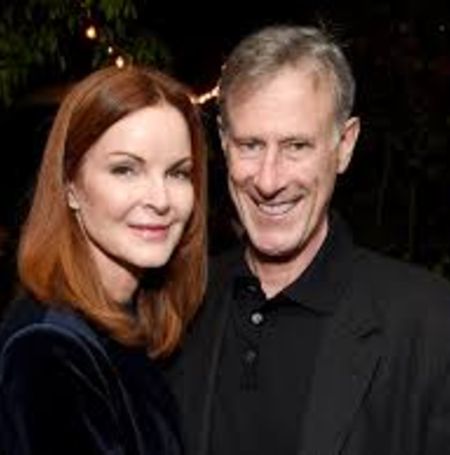 Together they have shared two kids: Evan Mahoney and Savannah Mahoney. The family of four is leading a happy life.