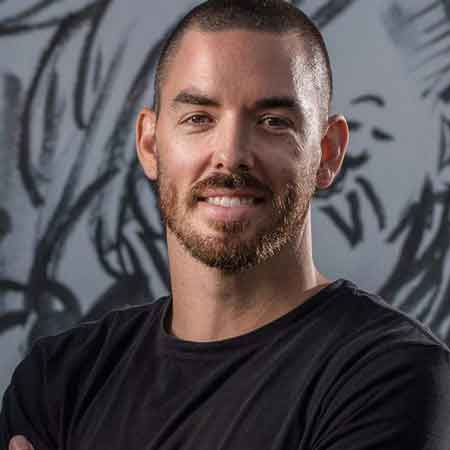 Marc Merrill aka Tryndamere is an American businessman who is known as the co-founder of the video game developer and eSport Tournament organizer of Riot games. He is also the co-creator of popular MOBA (Multi-Player online Battle Arena) game of League of Legends.

Marc Merrill was born on August 17, 1980, in California under constellation sign of Leo and he holds the American nationality. Marc has a strong pa s sion for gaming which he developed when he was young. He went to University and learned to develop games there.

Marc attended the University of Southern California from 1998 to 2002 where he met Brandon.

Marc and his friend Brandon were both big fans of games especially the World of Warcraft and Star Wars type of games. When he was still in university, he worked as a bank analyst in 1998. He quit the job and started working in another company as an event and marketing agent.

He served as a corporate marketing executive of Advanstart Communications and a finance a s sistant at US Bancorp. Marc and Brandon used to live together in a little apartment in West Hollywood and it was the place where Riot initially started. They only had two ma s sive gaming gigs at their table that was the shape of L.

As they fell deeper into the world of gaming and games that they played didn't make them happy because of the lack of player support by the gaming company. They started to get frustrated because the developers of the games they loved weren't listing to fans like them.

After a while, they thought that they could do much better than they were doing and started their own studio where they later created one of the most played online games.

Steve 'Guinsoon' Feak was the first person they recruited in their company. Steve was one of the designers who helped to update DotA: Allstars. In 2006, members of DotA: Allstars members joined the group as its early staff member.

They created their first game, "League of Legends" in a short time which later became one of the most loved online games ever. Mark, the original creator of the game, told of the game:

they had a metal track and the minions looked like little undead things. We went through a lot of iteration, and it was just bad

Soon, the game become popular and people even started enjoying to watch others playing the game which brought the concept of gaming competition. The Riot organized the World Championship Season 1 in 2011 which was attended by over 100,000 people.

The World Championship Season 2 was held in October 2012, where even more viewers enjoyed the competition which helped the Riot to rise to the top.

In 2016, Riot developed a tabletop strategy game Mechs vs Minions and several other minigames. In 2018, World Championship League of Legend broke the record with over 200 million viewers watching the match at the same time.

Marc Merrill has won several awards such as "Ernst & Young Entrepreneur of the Year Award", "Several Game Developers Choice Awards" and a BAFTA.

The League of Legends' has been grabbing more attention every now and then and it has become the most popular MOBA games until now.

Marc Merill's net worth is estimated approximately to be around $200 million. He earns the major part of his worth from his gaming business "Riot Game." The Riot Game is among world's largest interacted entertainment industries.

He again bought another house that cost $8 million in the same area. Later, he purchased another house next door at $9 million which they sold within 6 months for $11.7 million.

Marc practices Philanthropy; he donated $10,000 to the City Year LA organization. He is the board of director of the organization.

Marc Merrill is married to his long-time girlfriend Ashley Merrill. The two are living an ecstatic life with their two kids.

Marc actively uses Twitter in which he has over127k followers as of 2018.