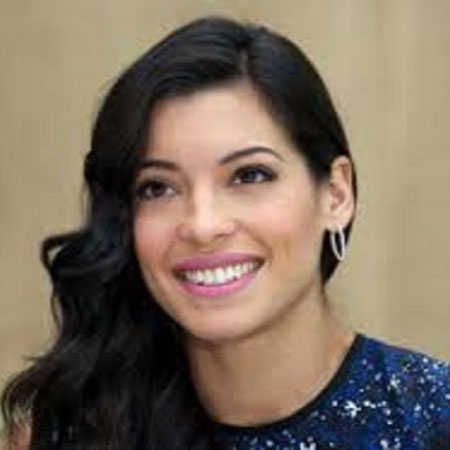 Manuela Escobar is the only daughter of the late drug lord and narcoterrorist Pablo Escobar. Her father was one of the wealthiest criminals and was named The King of Cocaine.

The Escobar family's life changed after the demise of Pablo as they had to go through many difficulties to live a normal life. She has faced many thrilling experiences that anyone has not imagined in their wildest dreams. Her father once burned $2 million to keep her warm.

Manuela Escobar was born on May 25, 1984, to a Colombian drug lord and narco-terrorist Pablo Escobar and mother Maria Victoria Henao. She grew up in Colombia with her brother Sebastian Marroquin whose real name was Juan Pablo.

To ensure her safety from Escobar's enemies, she was even homeschooled. During her school days, her friends bullied her after knowing her reality and she took private tutors to complete her schooling.

Her father burnt $2 million to keep her daughter warm when she suffered from hypothermia while on a hideout from the police.

Manuela Escobar is not active on any social sites and it has been a long since anyone heard about her. So, her career whereabouts are not known. She resided in Argentina with a new identity where she studied Public Relations.

Manuela might have chosen the Public relations field as her career but nothing can be said with certainty. She is away from the limelight living a private life.

Manuela Escobar's net worth is not estimated since she lives away from the media limelight. Her father was a billionaire and had a net worth of $30 billion, as stated to Forbes.

It is said that $25 million was seized by Colombian authorities after his demise leaving nothing to the family. He came to become a billionaire by supplying 80% of the world's cocaine.

While he lived he resided in a luxurious mansion with a sculpture park and lavishly designed rooms. Pablo had a house in the US that covered an area of 6500 square feet and a waterfront mansion in Miami Beach, Florida which cost around $100 million. In 1987, the duplex was seized by the  US Marshall. The drug lord also owned over 800 luxurious mansions all over Columbia.

Mandela's late father Pablo had also a huge car collection The 1972 Mercedes S600 Pullman cost around $4.9 and 7.9 million at that time.

Her mother was a successful businesswoman working in Argentina when they were accused of forging documents and money laundering cases.

When she was nine, Pablo was caught and shot dead by the Colombian national police in 1993.  She was just nine when her father was gunned down. After the death of her father, the life of her family changed. They started receiving many death threats from mafias. The family wanted to escape but no country approved their visa.

Manuela Escobar and her family traveled borders as a refugee going from Brazil to Ecuador and South Africa to Peru settling in Argentina finally. She even changed her name to Juana Manuela Marroquin Santos and stayed there under a different identity with her family. During her stay in Argentina, she studied Public Relations and tried hard to live a normal life away from her late dad's shadow.

The family was living a peaceful life in Argentina with a new identity. Manuela was a regular school girl there and her mother was into the real state business and became very successful. But sadly in 1999, their real identity was discovered and they had to fight a money laundering case that had been launched against them.

They were even accused of forging public documents and eventually her mother and brother were arrested for the case. She was still a minor so she was kept out of the case. They were released due to a lack of solid evidence.

What Is Manuela Doing?

Manuela is living a private life and the news of her marriage or relationship is not public. She is not rumored to be with anyone at the moment.

After the discovery of their real identities, it was hard for her to attend school as a normal girl so she was homeschooled. She is not seen on social media sites while her mother and brother are seen often.

Filed A Case By Ex-Girlfriend Of Paulo

Her brother Juan is mostly seen in the media as he writes books and talks about his father in interviews. He often talks about forgiveness relating to his father's crimes and conveys how he and his family got punished for his father Pablo's crimes. Juan is an architect in Argentina.

There is a Netflix series named Narcos which is basically the life story of the Escobar family. The series is a hit and people came to know the Escobar family more closely. Recently Pablo's ex-girlfriend filed a case against the Netflix show Narcos maker putting her story in the series without her consent.

Manuela’s present life is not much known, as she has chosen to stay away from the spotlight. Although the years that followed saw her mother and brother speaking to the media several times with the latter also remaining vocal about their father and also published a book ‘Pablo Escobar: My Father’ (2014) under the name Juan Pablo Escobar, Manuela maintained a long silence.

Escobar is also not active on social media and seems to be content living a quiet life with her new identity away from the dark shadows of her past.