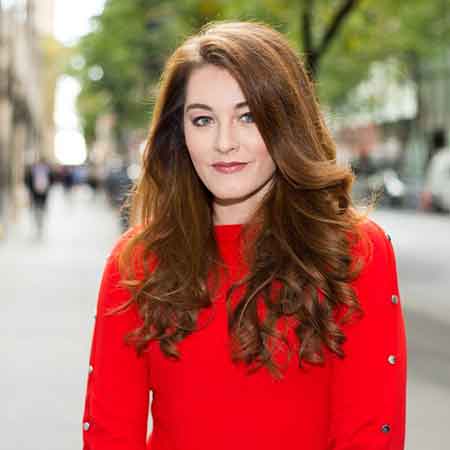 Every people is different in a way, but for those who are more different, they always have to convince the world that they can do the same thing but in a different way", and Mandy Harvey is one of them. Though being deaf, she has managed to rock the whole music industry. Harvey is an American jazz and pop singer who is famous as the 3rd runner-up of 12th Season of America's Got Talent.

The 2006 graduate of Longmont High School, Mandy Harvey sang throughout her childhood despite her hearing problems. She had connective tissues disorder Ehlers-Danlos syndrome.

Following her graduation, Mandy enrolled at  Colorado State University and was majoring in vocal music education, but dropped out at the age of 18 as she lost her hearing completely.

Her zodiac sign is Capricorn which defines her personality to be controlled, conscientious, and practical personality.

After dropping out from the University, Mandy met jazz pianist Mark Sloniker in 2008. Although she couldn't hear, Harvey in co-operation with Mark began to perform at Jay's Bistro in Fort Collins using her muscle memory for singing.

Later, Mandy's growing craze advanced her to perform at Dazzle Jazz Lounge in Denver and in 2009, she released her debut album Smile. In the review of her album, the JazzTimes wrote 'The vocals are rich and captivating'.

Then in 2017, Mandy Harvey appeared in the 12th season of America's Got Talent. With her ukelele and performing her original song Try, Madney got Golden Buzzer from Simon Cowell.

One year ago today a beautiful journey started! Thank you @agt for such an amazing experience and it’s just the beginning! So much love to my @agt family!!! And thank you all for all the love!

The same year in 2017, Mandy published a memoir Sensing the Rhythm: Finding My Voice in a World Without Sound with co-author Mark Atteberry.

As of November 2018, Mandy is busy with her music tour and performing her gigs.

With her on-going music tours, Harvey has earned a hefty sum of money. As of 2018, Mandy's net worth is estimated to be $1 million.

Well, the prize money of Harvey from AGT is not disclosed while the winner wins the grand prize of $1 million. For a fact, the $1 million can be deducted to $200,000 after tax cut if the winner demands present cash value. But if the AGT winner signs the prize for an annuity, he/she will receive $25,000 annually for the next 40 years.

Talking about Mandy's Properties, she owns a house in Florida and a Jaguar car which is allegedly worth around $70,000.

The American jazz singer with an average height is a married woman and is living a blissful life with her husband Travis.

Besides Harvey, Mandy is not reported to have affair with anyone.

Mandy, as of 2018, is working as an Ambassador for the non-profit organization No Barriers aiming to help differently abled people.

On April 27, 2015, No Barriers USA released a video of Mandy's husband Travis learning sign language and his progression in the language.

On November 15, 2017, in an interview with BBC, Mandy stated that with her appearance in the AGT, she was accused of promoting oralism.  Also, she received death threats from within the Deaf community for promoting a "hearing" activity.

Mandy Harvey is active on Instagram and Twitter where she has over 139K followers and 51.3K followers respectively as of November 2018.