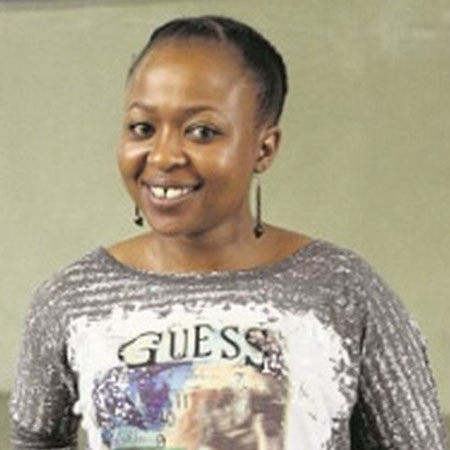 Manaka Ranaka is a South African actress. She is best known for her roles as production company owner Vinolia Ntuli in the SABC1 drama series Tshisa, as Portia in Gaz'lam from 2002 to 2005.

Manaka Ranaka was born in the year 1979, April 6 in Soweto, South Africa.  She belongs to black ethnicity and holds a South-African nationality. Manaka is a daughter of mother Nonceba Ranaka.

She was raised with her two younger sisters,  Dineo Ranaka and Mpumi Ranaka. Her sister Dineo is a famous radio and television presenter and hosted a show on Yfm called 'Dineo Live on Drive'. In the year 1998, Manaka Ranaka attended Dinwiddie High School where she completed her education.

After completing her education, Manaka Ranaka started her acting career in theater and performed in productions such as Drumstruck, On my Birthday and Trong.  In the year 2000 Manaka joined the cast of a popular SABC 3 soap opera, Isidingo, where she portrayed the character of Nandipha Sithole.

When she joined Isidingo, Manaka Ranaka got pregnant with her first child. She was then fired after informing her employers.

In the year 2002, Manaka Ranaka was cast in an SABC1 original drama, Gazlam as Portia. In 2003, she was again cast in SABC 2 original sitcom, Stokvel as Lerata Khumalo. She even portrayed as herself in an episode of the documentary series SexTv.

Manaka played the character of Nozuko on the first season of the drama series, One Way in 2006. She even made the short appearance in the drama series such as Tshisa, Stokvel, Home Affairs and more. She has also appeared along with Zandile Msutwana, Samela Tyelbooi Sibulele Gcilitshana and fellow stokvel co-star LeLe Ledwana.

Manaka Ranaka is currently dating Thabo Monareng who is nine years younger than her. However, the couple is having a rough time lately. They had a great time of their relationship some months before when they used to share each other's photo regularly.

Manaka even revealed in an interview that her relationship is on test these days. She added that she doesn't want to give up on Thabo and loves him a lot.

Manaka is a mother of two daughters, Kagiso, 16 years old and Lesedi, 7 years old. However, her daughters are from two different fathers and both of them are not with her at present. She even told that she doesn't have any problem raising the two daughters.

Manaka has not mentioned about the fathers of her two daughters till now.

The Gazlam actress Manaka has an estimated net worth of $1 million.