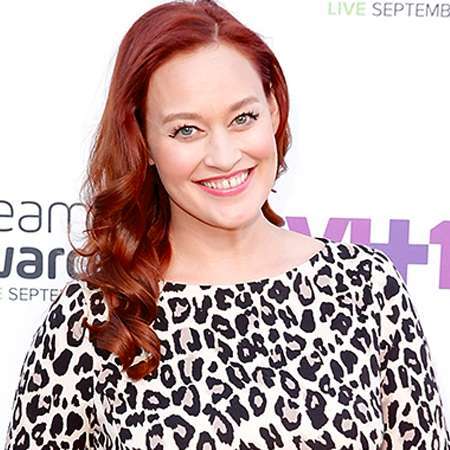 Mamrie Hart is an American actress, writer, comedian, and performer. She is mostly known from her popular YouTube show You Deserve A Drink. Every year she celebrates her birthday on 22nd September and she was born in the year 1983 was raised in New Jersey along with her younger brother and sister. She is the daughter of famous actor David Hart and her mother was a high school teacher by profession.

She completed her High school in Boonville, North Carolina and earned her Bachelor Degree in Arts from UNC-Chapel Hill. She always wanted to be an actress since her childhood which was the reason that after the completion of her bachelor degree she immediately moved to New York City to pursue serious acting. Hart started her career joining the band named as Cudzoo and the Faggettes. The band is mostly known for its humorous, innuendo-laden lyrical content and live shows.

The band used to often perform in New York and they even released two albums, The Prettiest Girls with the Filthiest Mouths and Daddy Issues. In the year April 20, 2009, Mamrie Joined YouTube and began her main channel You Deserve a Drink on 13th March 2011 where she posts weekly instructional mixology videos, with a unique cocktail presentation. The show was a massive hit, especially among the youngsters. Later on, she even published the book with the same name in 2015.

On 7th May 2013, Hart introduced her second YouTube channel, Mametown. Prior to this, the account did not contain any videos. On July 1, 2014, Grace Helbig and Hart premiered footage of their new web show #HeyUSA on the YouTube channel Astronauts Wanted. The show was able to grab the massive attention.  Along with her YouTube videos, she was also appeared in few television commercials and also in an episode of Don’t Trust The B---in Apartment 23. Along with that, she appeared in several shows and movies.

Heading towards her personal life, Hart’s parents got divorced when she was only nine years old and it was a very difficult moment of her life. She was very fond of her Great Grandmother and even her first name is a tribute to her great grandmother, Lillian Mamrie. Discussing her dating life she comes under that celebrity who just doesn’t like to share anything related to their personal life. There is some buzz going on that she might have a boyfriend and she often gives a hint as well but still there is no information about her boyfriend.

She is a very hard working person which the reason that she has now become a great comedian, internet sensation, writer and also a great actor. Currently, her net worth is estimated at $2 million and though her salary is officially not given she surely earns a lot from her shows, book, movies and so on.