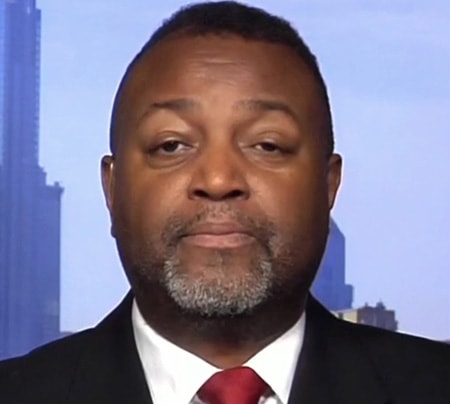 Author and media commentator Malcolm Nance is most well-known for his nearly 2 decades long field experience in anti-terrorism intelligence and combat operations. Previously, he worked as a United States Navy senior chief petty officer specialized in naval cryptology. Nance has also served in Afghanistan and Iraq during the war on al Qaeda.

Mr. Malcolm Nance was born on September 20, 1961, in Philadelphia, Pennsylvania. His father came from Georgia while his mother is a native of South Carolina. He grew up in Pennsylvania with his five siblings. He completed his education in his hometown.

Later, he learned other languages, including Russian and Chinese, that was offered for free at South Philadelphia High School. In 2011, Nance earned a bachelor's degree in arts from New York's Excelsior College.

Nance started working in the civilian intelligence arena through research into the history of the Soviet Union.

Malcolm Nance gave twenty long years of his life in the U.S. Navy. He joined Navy in 1981 and worked through 2001, and he received several military decorations during his service. He worked for several counter-terrorism, intelligence, and combat operations while he was a Navy specialist in Naval Cryptology. 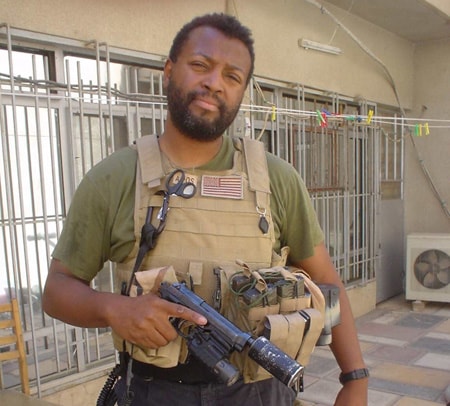 After nearly 20 years of service in the U.S. Navy, Malcolm Nance announced his retirement in 2001.

As an Intelligence Officer

Malcolm established Special Readiness Services International (SRSI) following his retirement. The company provides support to the intelligence bureau of the USA. According to the reports, Nance had been driving to Arlington when the American Airlines Flight 77 crashed into Pentagon on 9/11.

Nance was the first responder to reach the helipad crash site where he helped in the rescuing of victims. Following the incident, he worked as an intelligence and security contractor in Iraq, Afghanistan, the United Arab Emirates, and North Africa.

As of now, Nance serves as a member of the advisory board of directors for the International Spy Museum in Washington D.C.

Besides his two-decade-long experience in the US Navy, work with the intelligence department, Malcolm Nance is also a writer. He started his journey of a writer in 2007 when he wrote an article, Waterboarding is Torture... period, criticizing waterboarding for counterinsurgency blog Small Wars Journal.

Furthermore, Nance has written some books on counter-terrorism and intelligence that include An End to al-Quaeda, Terrorist Recognition Handbook, Defeating ISIS, The Terrorist of Iraq, Hacking ISIS, and The Plot to Hack America.

In 2018, Nance published a book with a provocative and comprehensive analysis of Russia and Vladimir Putin's master plan to destroy democracy in America. The book was titled The Plot to Destroy Democracy: How Putin and His Spies Are Undermining America and Dismantling the West.

Malcolm Nance worked for over two decades in the US Navy. Though clear information regarding his salary and income from his time in the service is not known, it is believed he earned hundreds of thousands of dollars. Nance net worth in 2019 can be speculated to be in millions of dollars.

Nance also earns a handsome sum of money from his work as an intelligence officer. The 58-year-old former military has been keeping most of his personal information secret from the media. Information regarding his asset and other incomes is not known as of present.

Who is Malcolm Nance Wife?

Malcolm Nance, an unmarried man as of September 2019. He was happily married to Maryse Beliveau-Nance for a long time. Nance and Maryse got married in 2004, who didn't give birth to any children. The pair adopted three kids who were born in 1990, 1991, and 1993 in Moscow, Russia.

His wife Maryse was diagnosed with Ovarian cancer. On 18 April 2018, Nance announced Maryse was battling 4th stage ovarian cancer in an article published in Philadelphia. And on September 11, 2019, Malcolm took to his Twitter to announce the tragic death of his wife.

A Personal Note: On September 11, 2019 at 4:52 pm my wife of 15 years, Maryse Beliveau-Nance passed away from complications of Ovarian cancer. She was a brilliant landscape architect, devoted mother, fierce patriot, a proud Navy wife and the one great great love of my life. pic.twitter.com/3i0fcSQ97V

In his tweet, Malcolm wrote his spouse was a brilliant landscape architect, devoted mother fierce patriot, and a proud Navy wife.

After the retirement from the US Navy, his hater related him as the member of ISIS. In early 2018, in a Twitter post, he received several death threats as well as raping his wife and daughter.