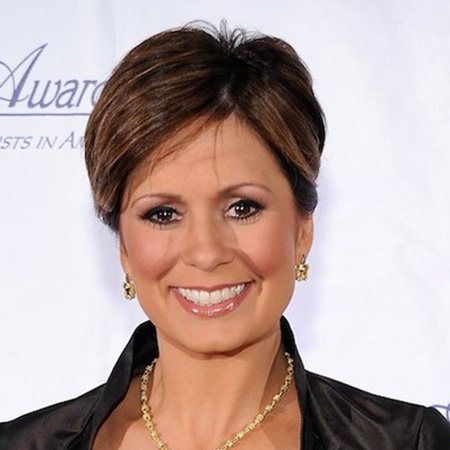 Maggie Rodriguez, a former co-anchor of the CBS television broadcast, The Early Show, was born on December 12, 1969. She was the co-anchor for the show for three years: from December 2007 to December 2010, until she was replaced by Julie Chen, the wife of the president of CBS. She has also worked as a substitute anchor for Katie Couric on The CBS Evening News. Rodriguez was formerly co-anchor of the Saturday edition of The Early Show in 2007.

Maggie Rodriguez was born in Miami, the US. However, she was raised in South Florida, where she spent the majority of her childhood. She attended Our Lady of Lourdes Academy and graduated in 1987. She then attended American University in Washington, D.C, and in 1991, she graduated from University of Miami with a degree in broadcast journalism and Spanish.

Maggie Rodriguez began her career in journalism by working as a reporter for Univision network, located in Miami, from 1991 to 1994. She then joined WLTV-DT, which was also a Univision owned-and-operated station in Miami, as an associate producer, field producer and assignment editor. Rodriguez then got a job at KABC-TV in Los Angeles, California as an anchor of midday news and of the weekend. She worked as a field reporter and covered a wide array of stories, including earthquakes, mudslides, and the O.J. Simpson murder trial.

After leaving KABC-TV, Maggie Rodriguez anchored the 5:00 p.m. and 11:00 p.m. newscasts at WFOR-TV, the CBS owned-and-operated station in Miami, from 2000-07. She anchored and reported on many historical major events, such as many hurricanes and the one-year anniversary of the September 11 attacks. She was first on the air to cover the transfer of power in Cuba from Fidel Castro to his brother, Raul. The newscast received an RTNDA Edward R. Murrow Award for its coverage of that story. Rodriguez has received a total of seven Emmy Awards and two RTNDA Edward R. Murrow Awards.

Maggie Rodrigues is most popular for her role as a female news anchor on weekday CBS The Early Show from 2008-2010, working alongside anchors Julie Chen, Harry Smith, and Dave Price. In 2010, CBS decided to replace Rodriguez, Harry Smith and Dave Price with Erica Hill and Chris Wagge. Since her replacement, she has moved back to her hometown, Miami. Rodriguez was awarded the first ever "Alpha Epsilon Rho Professional of the Year Award" by the University of Miami as its top honor for professionals in the communication industry. She also is the recipient of the Hispanic Heritage Council’s "Young Hispanic Leadership Award" for professional accomplishments and community service.

Maggie Rodriguez is married to Miguel Rodriguez, who is a marketing executive at Telemundo TV network. She and her husband have two children: Miguel Tobin Rodriguez Jr and Daniella Rodriguez. Her former husband is Michael Rodriguez. Her net worth is probably in thousands, if not millions, as she earns a lucrative amount of salary.