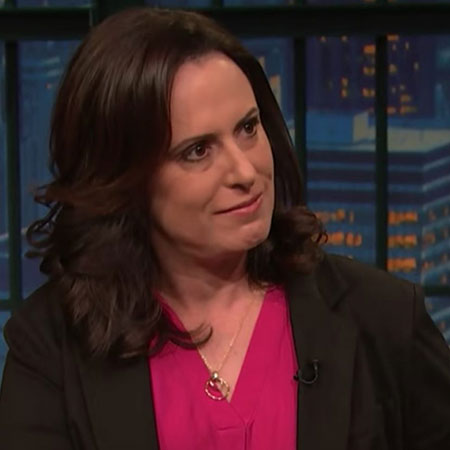 Maggie Haberman was born on October 30, 1973, in New York City. She is a Scorpio that predicts her characters to be brave, passionate, stubborn, and resourceful.

Maggie Haberman graduated from Ethical Culture Fieldston School in 1991. After her graduation, she attended Lawrence College and received a bachelor’s degree in 1995.

After that, she worked as a reporter of other presidential nominees like Hillary Clinton and Donald Trump. In 2018, Haberman won the Pulitzer Prize for National Reporting for her reporting of the Trump's administration. Then, she also won the Aldo Beckman Memorial Award from the White House correspondents association and the Front Page Award for Journalist of the Year from the Newswomen’s Club of New York.

Maggie has collected a decent amount of money from her career in journalism. She started her career as a reporter for The New York Post In 1996 at the age of 23. After she was assigned to cover City Hall, she became passionate about political reporting and worked for Post’s rival newspaper, the New York Daily News for some time. Later she joined Politico as a senior reporter and became a political analyst for CNN.

According to the PayScale, an estimated salary of the correspondent of The New York Times ranges from $128k - $141k. Maggie has been working for NY Times for over two decades, she has added a whopping amount of payroll to her net worth.

Maggie is a married woman. She is married to Dareh Ardashes Gregorian, a reporter for the New York Daily News. They met back in 1996 winter and after a few meetings, they started dating and soon they fell in love.

After dating for seven years, Maggie got married to Dareh at the court on the Tribeca Rooftop in Manhattan in November 2003. Judge Edward R. Korman officiated their wedding. The couple gave birth to three children; Max Gregorian, Miri Gregorian, and Dashiell Gregorian in their over a decade long married life.

Maggie loves nurturing the children and spend her time with family whenever she gets free from her work schedule. She is busy on her career as a journalist and she rarely makes an appearance with her husband and children in the public.

In the video shown below, Maggie Haberman speaks with the CNN's Jake Tapper and she shares the details during the Fire and Fury.