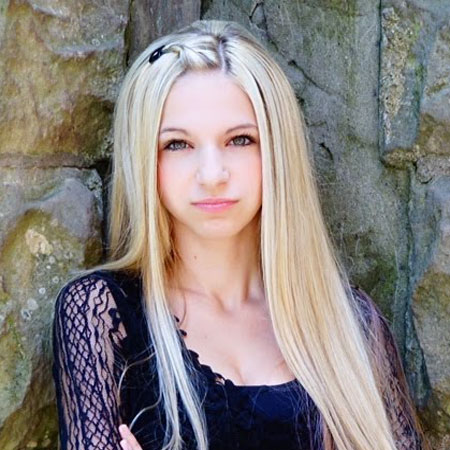 Madi Lee is a YouTube sensation, well known for her cover song videos. Besides, she also featured on The Today show, hosted by Kathie Lee Gifford and Hoda Kotb.

Madi Lee was born on October 22, 1999, in Ohio, United States of America. Madi Lee was raised up in her hometown Ohio along with her sister and two brothers. Regarding her ethnicity, Lee is a White American and belong to American nationality.

Lee attended a school like every other youngster in the neighborhood, and she started taking music lessons when she was ten. She practiced daily by singing opera vocalizes.

Madi Lee was interested in singing from her very early age so she started taking music lessons when she was ten years old.  In May 2015, she released the single ‘Platinum’ on iTunes. She was also in a number of plays, like her favorite role as Ariel in The Little Mermaid.

Lee gained awful attention after she sang Taylor Swift’s ‘We Are Never Ever Getting Back Together’ on The Today Show on a particular segment featuring Inspiration kids.

The music artist, Madi Lee, 18, is yet to be married. Lee is currently dating her school friend, Ian. Lee posted several videos on YouTube along with her boyfriend. She revealed her boyfriend's name in one of her videos.

The charming girl, Madi Lee with fame, fortune, as well as money, has established herself as a famous face in the world of singing. With her talent and skills, the music artist has gained herself a lavish lifestyle. Lee’s net worth is estimated to be around $0.5 million in the year 2017.