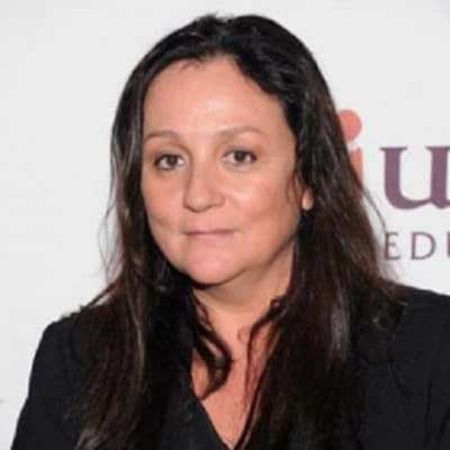 Madeline Cerise Cuomo is the daughter of formal New York Governor Mario Cuomo. She currently works as an attorney, specializing in matrimonial law, which means that she mainly deals with spousal relationships like marriage, divorce, and child custody. Madeline is famous mainly because of being a member of the Cuomo family as her family background is related to American Politics.

Madeline Cuomo was born in 1964 in New York, United States of America. By profession, she is a Matrimonial attorney who deals with Matrimonial laws. She was raised with her four siblings; two brothers Andrew Cuomo and Chris Cuomo, and two sisters Maria Cuomo Cole and Margaret Cuomo.

Madeline Cuomo is the daughter of Mario Cuomo, who was the 52nd Governor of New York. Also, Mario was a member of the Democratic Party. In 2015, Mario passed away because of heart failure. Her mother, Matilda Cuomo, is an Advocate for women and children, former First lady of New York from 1983 to 1994. 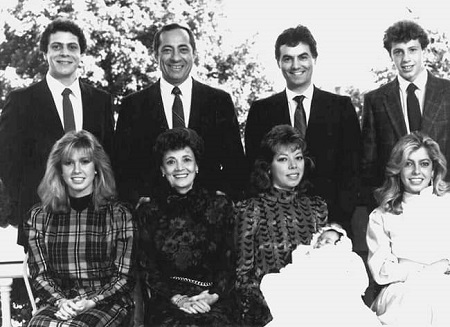 She was raised with four siblings. Her elder brother, Andrew, is a politician and lawyer., Besides, he is the current Governor of New york.

Her younger brother, Cristopher, is a journalist and presenter of the Cuomo Prime Time. The younger sister is the producer of Cuomo Cole Production, whereas her elder sister, Margaret, is a radiologist specializing in cancer prevention.

Talking about her education, she received her law degree from Albany Law School and graduated from Albany's state university.

The Attorney hails from a white ethnic background, and also, She is about 57 years as of 2021.

Who Is Madeline Cuomo's Husband?

The lawyer Madeline is a married woman. Madeline has been married to her high school best friend Brian O'Donoghue, the son of Justice Mr.James F.O'Donoghue since 1993.

The couple met at the St.Francis Preparatory School, and both of them were interested in public services. She got married on 12th June 1993 in Albany. Cuomo exchanged her vows wearing an Eve of Milady wedding gown, and all the family members and close friends attended the event. 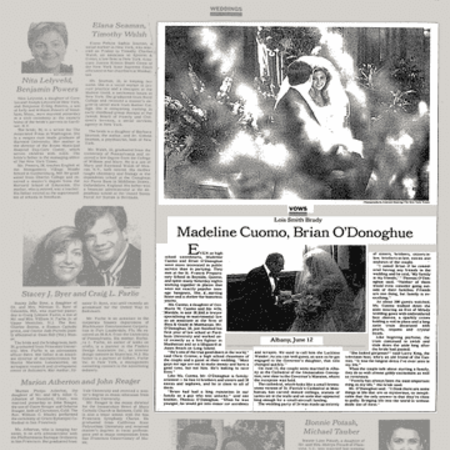 CAPTION: Madeline Cuomo’s wedding made headlines and one of the most talked-about events of that yearSOURCE: NYTimes

Furthermore, there are no details on the couple sharing kids, and Brian has never appeared in the media since the marriage.

How Rich Is Madeline Cuomo?

As of March 2021, her net worth has not been officially revealed yet, however, it is assumed to be between $4-$5 million. Also, her salary is not available. Though, an attorney makes in the range of $53k -$184k. Cuomo has also earned a massive amount of money from her political career.

Additionally, her father, Mario Cuomo, had a net worth of $10 million at the time of his death. Her brothers Andrew and Chris' riches are calculated at $5 million and $12 million respectively.