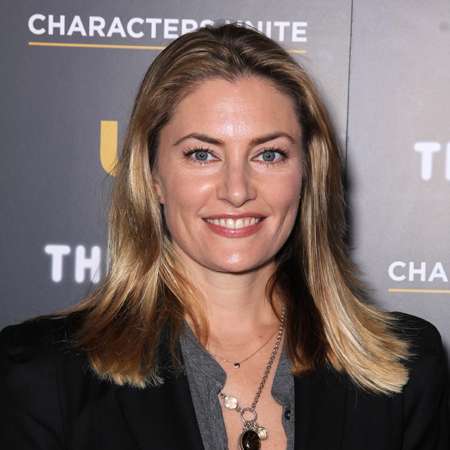 Nevada-born, Madchen Amick is an American actress as well as a model who is known for her role in the movie such as Trapped in the Paradise, Love, Cheat & Steal and Dreamer.

Madchen Amick was born on December 12, 1970, and her current age is 45 years. Amick was born in Sparks, Nevada, United States. Madchen was born as the daughter of Judy and Bill Amick. Her mother was a medical office manager and father was a musician. Amick belongs to Swedish, Norwegian, Irish and English descent. According to her nationality, she is American. Her ethnicity is white. According to her birthday, her star sign is Sagittarius.

Madchen Amick with the encouragement of her parents, she learned to play piano, ba s s, violin, and guitar. Later at the age of 16, she moved to Los Angeles to pursue her acting career.

Amick made her career debut from an American science fiction television series Star Trek: The Next Generation as Anya in 1989. The same year she also appeared in an American action drama series Baywatch as Laurie Harris.

Amick has maintained a net worth of 3 million dollars and her yearly salary is about $352,941.

Madchen Amick's current relational status is married. Amick's sexual orientation is straight. She has not disclosed much about her past affair and her personal life details of the past.

Madchen Amick had an affair with songwriter David Alexis and they started dating in 1987. And after five years of a dating relationship, they married in 1992 in a private event. She has two children with her current husband, one boy, and a girl. Amick's son name is Sylvester Time and her daughter's name is Mina Tobias.

When your husband misses you on #valentinesday and pulls out the old albums... and then your daughter posts about them... So of course I #repost My family is everything to me. I love them so much it aches (in a good way) On our wedding day my husband wore a Yoruba Tribal robe (sexy AF) and of course I was Breakfast at Tiffany’s. We celebrated our incredible diverse family that day. African chanting that called the gods to witness our union. A cute as a button flower girl (@minatobias_) and a smirking ring bearer (@slybeetz). David’s beautiful family singing gospel written for our special day. My family was either crying from being so touched or wide-eyed and in shock. Just the way I planned mwahahaha

Madchen currently lives with her family in Los Angeles. Amick is a multi-talented personality and she has good knowledge of music and she plays Guitar, Piano, and Violin. Amick is also often spotted attending several musical programs and musical concert along with her husband.