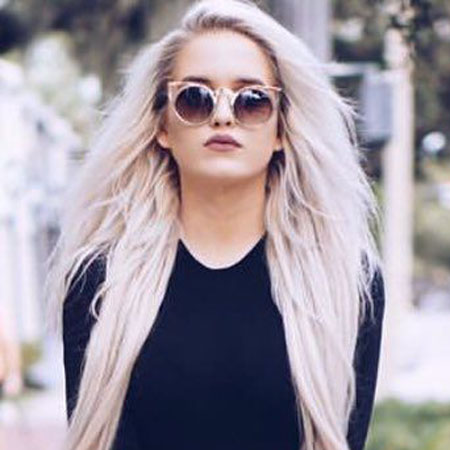 Macy Kate is a star of the first season of ABC’s reality competition series ‘Rising Star.’ She is also the pop artist who has released singles titled ‘First Kiss’ and ‘You Gave Me Love.’ She has many followers on her YouTube channel, macykatemusic, after her cover of the Imagine Dragon’s song ‘Radioactive’ went viral on social media.

Macy Kate was born on January 19, 1998, in St. Petersburg, Florida, United States of America. She was raised up in St. Petersburg along with her brother. Regarding her nationality, Kate is an American and ethnicity/race wise; Kate is White.

Kate has done her schooling at her neighborhood school. She began taking piano lessons when she was five years old, and she later started training in classical music.

Macy Kate first worked in a girl group in Atlanta for a little bit. She then auditioned for some reality shows before she moved to Los Angeles and began a YouTube career. She came into limelight after portraying the supporting role opposite Brad Paisley, Keisha, and Ludacris, in the ABC TV reality show ‘Rising Star.’

Kate gained a significant popularity on her YouTube channel, macykatermusic, after she uploaded the Imagine Dragon’s song ‘Radioactive’ reached more than 16 million views. She released a teen-driven song with positive self-esteem lyrics ‘You Gave Me Love.’

In January of 2015, Kate released her second single ‘iH8 That’ and the video gained over 350,000 views in the first 72 hours of launch. She is currently signed to Flo Ride’s label.

Macy Kate, 19, is not married and doesn’t have any children. She has always kept her personal life out of the media radar. She has lived her life entirely private, and there is no public record of her dating and love affair.

Macy Kate earns a hefty amount of money from her career as a YouTuber and TV actress. Kate’s net worth is believed to be more than $0.5 million, but it’s not an official figure. She stands at the height of 5 feet 8 inches.