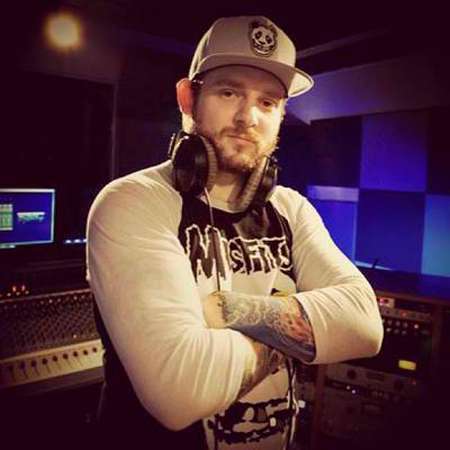 Mac Lethal is an American hip-hop recording artist. He grabbed huge attention after his viral YouTube video in which he raps over the beat to "Look at Me Now". He is the founder of Black Clover Records. He is formerly a radio host on KRBZ 96.5 the Buzz Show, Black Clover Radio.

Mac Lethal has released numerous hit albums and songs like 11:11, North Korean BBQ, and Postcards from Kansas City. He also released the album, Congratulations in 2016. Besides, Lethal is also a radio host of the Buzz show, Black Clover Radio on KRBZ 96.5. Let's go for his Early life, education, professional career, net worth, married life, and many more.

Mac Lethal was born with his birth name as David McCleary Sheldon on July 25, 1981, in Kansas City, Missouri, United States of America. Mac holds an American nationality and regarding his ethnicity, he has a mixed ethnical background as he is of Irish descent.

Lethal's father Warren Sheldon was also a musician and his mother Ruth Sheldon was running her dress boutique. Mac was the eldest among the 4 children of his parents.  His father encouraged him towards the music and provided him, various music classes, over time.

Mac Lethal started his music career in the year 2002 and released the debut album named Men Are from Mars. Along with independent underground rapper Sage Francis, he was on the Fuck Clear Channel Tour in 2004. His popular instruments are Vocals, sampler, and keyboards.

Lethal started the Black Clover Records in the year 2006 along with his longtime friend Jeremy Willis, who had been running the Datura Label. And the following year, the hip-hop artist released his second album under the title 11:11 on Rhymesayers Entertainment. He made his breakthrough after he released a video of him on YouTube rapping over the beat to Look at Me Now which became an instant hit earning millions of views in a matter of days. Additionally, Mac also started his focus on YouTube and other social media.

Lethal was offered a contract from a Japanese multinational conglomerate corporation Sony but he denied the deal in 2011. In addition to his music career, Lethal also serves as a host of the TV show Binge Thinking which aired on MTV2 on first April 2016. He likewise runs a Tumblr feed called Texts from Bennett.

Lethal released his other album Congratulations, on 13 September 2016. He has also a self-titled YouTube Channel which she created on 29 October 2006. Which acquired approximately 2.3 million subscribers. In 2017, he launched a YouTube series called "Mac Lethal Raps About Strangers".

Mac Lethal's Net Worth And Major Source Of Income

Mac Lethal has earned a decent amount of money from his successful music career which is still under review but as per some online sources is believed to be more than $2 million, in 2019.

Lethal has been running his self-titled YouTube Channel since 2006. The channel has more than 2.34 million subscribers and earns an average of $16.8k-$268.9k in a year. He has also released a number of successful albums. He has an average height.

Mac has over 165.9 K followers on his Instagram account which is also a major part of his net worth as he can command over $3K a promotional post.

Lethal is yet to be married and neither dating anyone officially at present. He has two children a son maned Rockwell Carlin 'Rocky' Sheldon was born in 2013 and a daughter named Maple. But it is still a mystery who is the mother of two children.

Lethal has a private personal life. His maximum of the information besides his career within his bio is missing the personal information. Since there are rumors of him seeing his spouse in public places but there is no concrete information regarding these issues.

Lethal also has not to divorce status and some of his fans also claimed that he is very good going with his love life. He was also approached by many girls during his early college time but he was not interested in any of them in running the love. Mac is not gay even there is also any rumor about it. There is also not any information about him getting into any controversy by the time and he is totally busy sharpening his status of bio within the career for a secured future.