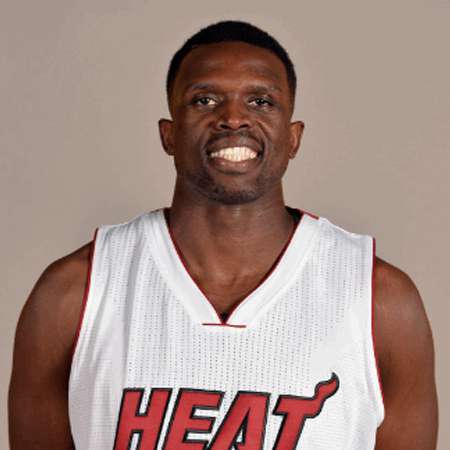 He and his family fled to Egypt when he was a young age, to escape from the second Sudanese civil war. While they were in Egypt they met a former NBA player Manute Bole, who taught Deng's elder brother Ajou Deng and Luol Deng, how to play Basketball. Later, they immigrated to Brixton, South London, after getting political shelter.

He was educated in a voluntary aided comprehensive school called St. Mary's RC High School, Croydon, South London. Deng received an athletic scholarship to join Duke University, and played for coach Mike Krzyzewski's Duke Blue Devils basketball team in 2003–04. In one season at Duke, he took part in 37 games and made 32 starts. He averaged 30.1 minutes and scored 15.1 points per game driving to a berth in the 2004 Final Four. He was only the 10th freshman in ACC history to lead all rookies in scoring, rebounding, and field goal percentage.

He was initially interested in football, his idol footballer is a Newcastle Player Faustino Asprilla. On the other hand he never stopped playing basketball and was invited to play for London under 15 team. Then was when he developed his career in basketball and played for Brixton Basketball Club. He was drafted into the hall of fame representing Croydon at the London Youth Games.

In 1998, he moved to US and played for Blair Academy in New Jersey, when he just 14 years old. During his time at Blair Academy he was named Tri-Captain with Villanueva. He was considered to be the second most promising player, first was the legendary LeBron James. In 2003, he was listed No.1 and No.2 in small forward and Player in the nation respectively. After his stay in Duke for one year, he was selected seventh overall by Phoenix Sun and entered 2004 NBA draft. However, he instantly move to Chicago Bull as a trade to prior agreement.

He played 61 games and averaged 11.7 points per game in 2004-2005 season for the Bulls although he could not played the ending season due to wrist injury. He recorded his first double-double versus the Dallas Mavericks on February 8. In second season of 2005-2006 in Chicago Bulls he presented a strong performances to help earn second consecutive playoff berth. During 28 February ton 5 march he had four straight double-double performances. During 2006-2007 season, he start 82 regular games. He was noticed for least committed foul in defense with 2.00 per game. On 27, December 2006, Deng re-injured his wrist, causing him to suspend one game. He won three major sportsmanship  awards such as NBA's sportsmanship award in a vote by players on 3 May 2007, 2006–2007 Golden Icon Award for Best Sports Role Model, and recently, he won the 2008 UN Refugee Agency's Humanitarian of the Year Award as part of the UNHCR's ninemillion.org campaign to bring education and sports to millions of displaced children.

Before the 2007-2008 season started; Deng agreed to extend six years with $71 million. Bull's general manager, John Paxson announced the agreement, during the announcement he said "Signing Luol has always been a priority for this organization and we have always felt that he was a big part of our future. We are very happy that Luol will now be with us long term as we continue to grow as an organization” During this season he played only in 48 games due to injury. His contract in Chicago Bulls ended on 2014.

On January 7, 2014, Deng was traded to Cleveland Cavaliers. He wind-up the season with an average of 14.1 points and 2.5 a s sists. On July 15, 2015 Deng signed a contract with Miami Heat. He played at the 2015 NBA Africa exhibition for team Africa on August 1, 2015.According to his bio, in 2006, he got a british citizenship and celebrated on Croydon. Later, he was invited to play European Competition to represent Great Britain team.

Deng took part in a number of charities, including the UK children's charity School Home Support. He has been recognized for his work and effort on behalf of the Lost Boys of Sudan and other refugees. During the summers of 2006 and 2007, Luol went to Africa, Asia and Europe with the NBA for their Basketball Without Borders Tour.

He also served as a spokesperson for the World Food Programme . "He really does epitomize everything I had hoped for as a person and a basketball player," general manager John Paxson said. "I think it's one of the reasons we've gotten to the level we're at this year. I'm truly proud of him. I think the world of him as a person and as a player."

The basketball player claims himself a big fan of English Premier League and support Arsenal F.C. He was chosen to be the cover athlete for NBA Live video games in the UK. Deng made a highly publicized first return to his native South Sudan in 2009–10 season. Deng has his own foundation, which of course is a non-profit organization.

The player has been using basketball as a tool to help US, UK and Africa. Deng’s jersey number 9 is dedicated to several charities. Deng’s romantic love affair is little known, as he kept in a low profile. Some websites claim that he was once related with a writer Kola Boof as his girlfriend. Currently, it seems that he is not yet married as there is no news of him having wife.

Deng has his own foundation, which ofcourse is a non-profit organization. He uses basketball as a tool to help US, UK and Africa. Deng’s jersey number 9 is dedicated to several charities.He is 6 feet 9 inches in height and 99.8 kilogram in weight. His net worth is about $60 million.