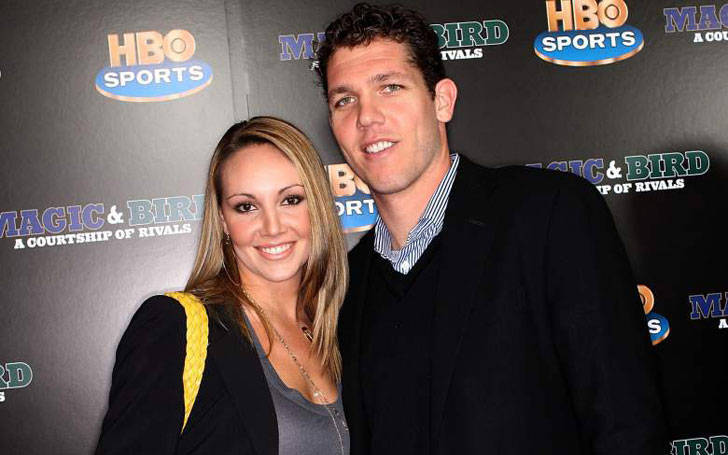 Luke Walton, the head coach of the NBA club LA Lakers. He spent playing for nine years in the same club LA Lakers. Luke Walton is married to Bre Ladd, his longtime girlfriend. This pair is one of the cutest couples of the American sports. Let's know more about the couple's relationship here!!

The LA Laker’s current coach Luke has been married to Bre Ladd, since 2013. On 17 August 2013, the pair exchanged their vows on Aspen Mountain, Colorado.

On the wedding day, she wore diamonds all over her body and her cuff was worth $240K. AS per the source, her dress was designed by Hayley Paige. On the other hand Luke was in a black tuxedo designed by Tom James.

They hired the same chick that did Tom Cruise and Katie Holmes wedding. Their big day was planned by Brooke Keegan and handled by Luke's cousin, Harmony Walton. Famous media personality Laura and Gennia from Docuvitae were also invited for thier wedding.

On Christmas Eve 2012, he proposed Bre and put a beautiful diamond ring on her finger.

He put a jewelry box inside of a really big box, and I assumed he'd gotten me the earrings I'd asked for. I opened the box and saw my ring, and was so genuinely shocked, even after all that time.

The couple engaged after seven years of a serious relationship. They started dating in 2005. Luke met Bre in 2002 while he was in the Arizona University. There she was the captain of the college volleyball group and he was a basketball player.

Bre Ladd is a native of Tucson, Arizona, and she now resides in Los Angeles. She is a former volleyball player who began her career while she was in high school.

There, she was the member of CDO Honor Roll and a four-year letter winner. Later on, she enrolled at the University of Arizona and started playing for the college. In 2002, she graduated with a major in public health.

Luke Walton is the son of Bill Walton, former UCLA and NBA champion. Maurice Lucas, his father's best friend, introduced him to the basketball game. Lucas is the former Portland Trail Blazers players.

Initially, he played in the college basketball championship for San Diego University, California. Then, he joined the University of Arizona and started playing for the college under the coach of Lute Olson.

In 2003, he graduated from the University. He then began his senior career with the LA Lakers and played for nine years. Afterward, he left the team and joined Cleveland Cavaliers for one season.

In 2011 season, he assisted for the University of Memphis’ team under the head coach Josh Pastner.

Then, he moved to Golden State Warriors for two years, where he guided Ramon Sessions and Christian Eyenga. In April 2016, he returned to LA Lakers as a coach and replaced former coach Byron Scott.