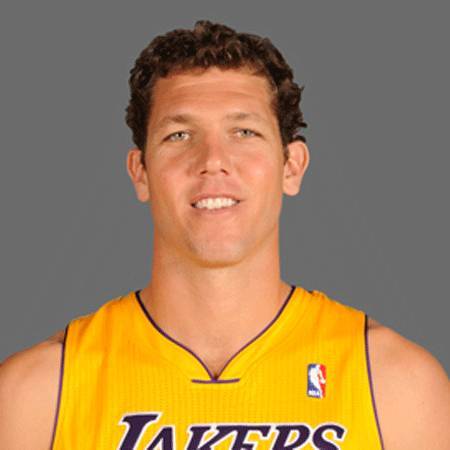 Former American basketball player, Luke Walton currently serves as the head coach for the Los Angeles Lakers of the National Basketball Association. He has played 10 NBA seasons as a forward and won two NBA championships with the Lakers and one with the Golden State Warriors as an assistant coach.

Throwback to a young luke

Luke went on to attend the University of San Diego High School located in San Diego where he began playing basketball. He joined the University of Arizona in 1999 under the coach, Lute Olson. His best year in Arizona is statistically proven to be his junior year where he went on to average a total of 15.7 points, 7.3 rebounds, 6.3 assists, and 1.6 steals per game with 0.6 blocks.

While he was in his senior year, Luke went on to average 10.8 points, 5.6 rebounds, 5.1 assists, and 0.9 steals per game. He went on to graduate in the spring of 2003 with a degree in Family Studies and Human Development.

In 2003, Luke announced that he was ready to be drafted in the 2003 NBA Draft. Thus Luke was selected by the Los Angeles Lakers in the second round as the 32nd overall pick. He then began playing for Los Angeles Lakers and got over 11 points, 5 rebounds, and 4 assists per game in his statistically best season 2006-2007.

After this performance, Luke signed a 6 year, $30 million contract with the Lakers on 12th July 2007. Later in 2012, Luke was traded by the Lakers to Cleveland Cavaliers. 2013 marked the end of his playing career. Luke was first hired by the University of Memphis as an assistant coach during the 2011 NBA Lockout.

However, His career as an assistant coach ended soon after the Lockout. Luke was then hired as a player development coach by the Los Angeles D-Fenders of the NBA Development League. Later in 2014, he was hired by Golden State Warriors as an assistant coach. In 2013 he was briefly hired by Time Warner Cable SportsNet 2013 to join their Lakers on-air broadcast team.

Luke Walton's Net Worth And Salary

Luke Walton's net worth is $16 million at present. He has earned a good sum of salary from his successful playing career.

In 2009, he and his father became the third father-son duo to both win NBA championships as players. According to 2012 data, Luke’s salary is estimated to be 6.1 million dollars.

On August 17, 2013, Luke married longtime sweetheart, Bre Ladd whom he met at the University of Arizona. While  Luke was playing basketball, Bre was a standout middle blocker on the university’s volleyball team. The couple does not have kids and has not had any extramarital affair on both sides.

Luke weighs 107 kgs and is 6 feet 8 inches tall. To date, he has been noted as 2 times NBA champion, Second-team All-American, and 2 times All-PAC-10 First Team.