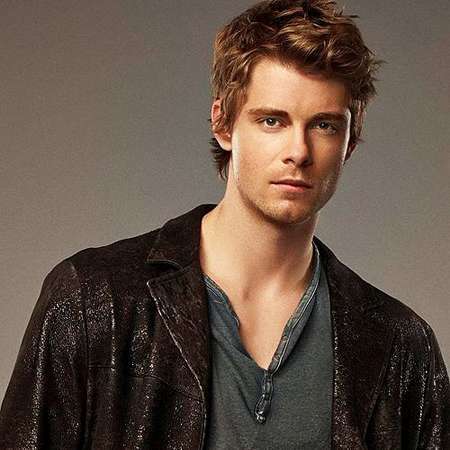 Luke Mitchell was born on 17 April 1985. His birth place is Gold Coast, Australia. His parents divorced when he was a child and later they again married even after their divorce. Luke was raised in his birth land Gold Coast along with his four siblings. Luke is white according to his ethnicity. According to his nationality he is Australian. He has four siblings among which he has three older brothers namely Benjamin Mitchell, Daniel Mitchell, Michael Mitchell and a younger sister Bree Mitchell.

Luke Mitchell attended Nerang State High School and later he was graduated from the same college. Luke was attracted in acting from his childhood and he used to participate in several drams and acting programs during his school life.

Luke Mitchell made his acting debut in 2008 from an Australian television soap opera Neighbours where he appeared in the role of Chris Knight and he was featured in 11 episodes of the series. Same year he also got a chance to be featured in gay comedy romantic drama film Performance Anxiety in the role of Peter Koliat.

Starting from 2009 he made his presence in the role Will Benjamin for three seasons of an Australian dramatic fantasy television program H2O: Just Add Water. And he appeared in 26 episodes of the series. In 2009 he also got a chance to act in an Australian television soap opera Home and Away. In 2013 in the lead role of John Young he appeared in an American science fiction television series The Tomorrow People.

Luke also made his presence in the American crime thriller drama film 7 Minutes, where he played the role of Sam. Since, 2015 he is been featured in an American television series Agents of S.H.I.E.L.D.

Luke Mitchell is good looking guy and he has also shown his acting skills in several platforms. Luke had been in dating relation with many ladies in the past and his dating rumors were all over the social Medias but he has not revealed about his any of his affairs.

Luke Mitchell had an affair with an Australian actress and model Rebecca Breeds. They started dating in 2009 and after four years of dating relationship he married his girlfriend Breeds in January 2013. They met during the shooting of TV series Home and Away and they were engaged in May 2012. In a recent interview he has mentioned his relationship with his spouse as a perfect one and he is very delightful to be with her. Luke‘s children information is not updated yet.

Luke Mitchell has a very perfectly maintained 6 pack abs with good body posture. He has blonde hair and has maintained a net worth of about 2 million dollars. But Luke’s salary is missing. Luke Mitchell’s bio and career details are updated in Wiki and IMDb. Luke’s fans also follow him in Twitter and he has thousands of fans.

Home and Away The Tomorrow People 7 Minutes